Предыдущая Next
A strong voice, a bright dramatic gift, a passionate temperament, creative courage and a precise sense of a role – all these virtues are combined by the name of the unique opera singer Hibla Gerzmava, a People's Artist of Russia and People's Artist of the Republic of Abkhazia. Hibla Gerzmava is an opera singer of a world scale, a remarkable actress and versatile musician. In 1994, she graduated from the Moscow Conservatory where she majored in solo singing under professors Irina Maslennikova and Evgenia Arefieva, and completed her post-graduate course under Maslennikova in 1996. Since 1995 Hibla has been a soloist of the Stanislavsky and Nemirovich-Danchenko Music Theatre in Moscow debuting as Musetta in Puccini's La bohème. The singer's coming to the theatre signified the first stellar round of her singing career in many ways thanks to a fruitful creative tandem with director Alexander Titel. That rare creative union gave the stage of the theatre bright operatic roles such as Adina in Donizetti's L’elisir d’amore, Musetta and Mimi and Puccini's La bohème, Louisa in Prokofiev's Bethrotal in a Monastery, Rosina in Rossini's Il barbiere di Siviglia, Lyudmila in Glinka's Rusland and Lyudmila and, of course, a poignant and passionate Violetta in Verdi's La traviata. The singer has toured with the Stanislavsky and Nemirovich-Danchenko Theatre in Korea, the United States and other countries. Today, the Russian prima donna is a guest star of the state opera houses of Vienna, Paris, Rome and Bavaria, Metropolitan Opera and Royal Opera House in Covent Garden. Hibla has collaborated with Moscow Virtuosi led by Vladimir Spivakov, the National Philharmonic Orchestra of Russia and pianist Daniil Kramer's jazz trio, performed with such prominent Russian and foreign musicians and conductors as Lorin Maazel, Antonio Pappano, Marco Armiliato, Ádám Fischer, Vladimir Spivakov, Valery Gergiev, Alexander Rudin, Mikhail Pletnyov, Vladimir Fedoseyev, Vasily Sinaisky and others. In 2001, for her Lucia in Donizetti's Lucia di Lammermoor Hibla Gerzmava was awarded the national theatre prize The Golden Mask and Casta Diva as the Best Singer. She is also an owner of the Moscow Prize in the field of literature and arts (2010) and Triumph Award (2011). The distinguished violinist and conductor Vladimir Spivakov's versatile talent has been vividly realized in many spheres of social life. In 1979, he co-founded the Moscow Virtuosi chamber orchestra with a group of musicians who shared his views and became its unchallenged artistic director, conductor and soloist. In 2003, Vladimir Spivakov became an artistic director and principal conductor of the National Philharmonic Orchestra of Russia he created and the president of the Moscow International House of Music. On the initiative of Vladimir Spivakov Hibla Gerzmava has performed October 14, 2013 in Svetlanov Hall of the Moscow International House of Music, accompanied by the National Philharmonic Orchestra of Russia. “Firma Melodiya” presents the program of the concert on this CD, which included both classic and less known Russian public overtures, arias and scenes from operas by Mozart, Rossini , Bellini, Donizetti and Verdi. Arsen Sogomonian, a soloist of the of the Stanislavsky and Nemirovich-Danchenko Music Theatre, prize laureate of the I Moscow International Competition “Romansiada,” also took part at the concert.
Официальный сайт: www.hibla.ru 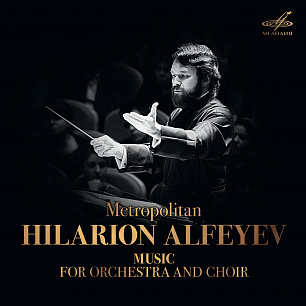 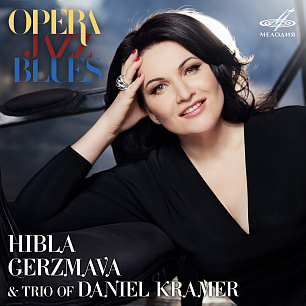 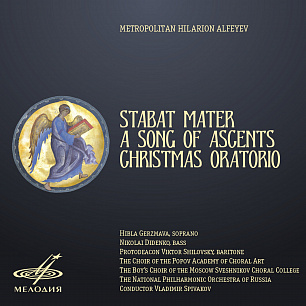