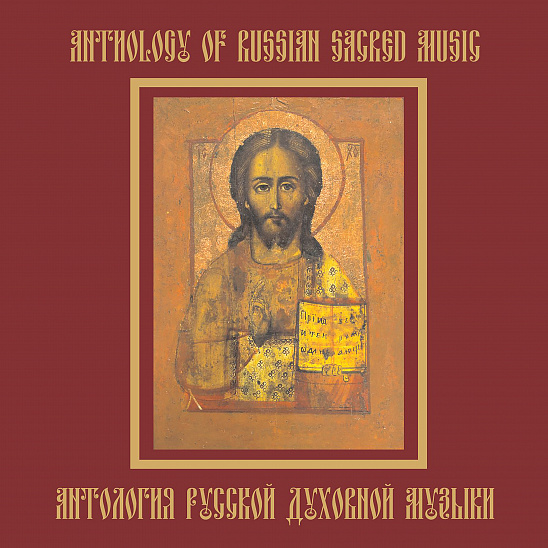 Yandex Music / Apple Music / Spotify / YouTube Music / Boom
The release of this Anthology presents the aim to acquaint a broad range of listeners with the main highlights in the development of Russian sacred music. History spans ten centuries of existence of sacred music on Russian soil, and manifests from the very beginning the originality of its development at every stage. The initial forms and chants of the early Russian musical tradition, adopted from the Byzantine Empire, formed themselves rather quickly into a special type of early Russian vocal art – the znamenny chant. The znamenny chant presented a form of monophonic chant and is performed in unison by male singers. Only at the turn of the 19th and the 20th centuries, due to the musical innovations of composer A. Kastalsky and the ideas of choral conductor and musicologist S. Smolensky a special style of arrangements of znamenny chants was found, combining the features of early Russian church music with those of Russian polyphonic folk songs. An entire school of Moscow composers was developed at that time, the artistic center of which was the Moscow Synodal College of Church Singing. It brought up several generations of musicians, teachers and composers, among which were A. Nikolsky and P. Chesnokov, A. Grechaninov and N. Golovanov, V. Kalinnikov and K. Shvedov. At the same time, in St. Petersburg the mixed chorus organized by composer and choral conductor Alexander Arkhangelsky had numerous concert performances. In contrast to the Synodal Chorus, consisting of voices of men and young boys, Arkhangelsky’s chorus also included female voices – Arkhangelsky was the first to have replaced children’s voices of boys with female voices in the practice of church singing. A new phase opened with the appearance of sacred works by Pyotr Tchaikovsky. A significant historical event in the sphere of music was the concert performance of the “Liturgy”: the practice of holding sacred concerts outside of the church was revived, and this served as a basis for different interpretations of church music at the end of the 20th century. An ingenious musical realization was given to the sacred cycles the “Liturgy of St. john Chrysostom” (1910) and “Vespers” (1915) by the outstanding Russian composer, Sergei Rachmaninov. Rachmaninov’s “Vespers” presented a final summation of the lengthy history of the development of the znamenny chant. After several decades, its main principles were applied by contemporary composer, Rodion Shchedrin in his unique Russian choral Liturgy “The Sealed Angel” (1988). The second wave of development in the genre of the choral concerto could be discerned in the Russian music of the post-war years. Anthology of Russian Sacred Music Volume 1. Early Russian Chants (1966 – 1989) Volume 2. Masters of the Early Polyphonic Style (1981 – 1989) Volume 3. The Choral Concerto of the 18th and 19th Centuries (1966 – 1990) Volume 4. The Moscow Composers from the Early 20th Century (1968 – 2008) Volume 5. The Leningrad Composers from the Early 20th Century (1987 – 1988) Volume 6. Pyotr Tchaikovsky. Sacred Choral Compositions (1979) Volume 7. Sergei Rachmaninov. Sacred Choral Compositions (1977 – 1988) Volume 8. Russian Sacred Music in the 20th Century (1974 – 1989)
Tags: Pyotr Ilyich Tchaikovsky, Sergei Rachmaninoff, Aleksey Tolstoy, Rodion Shchedrin, Alfred Schnittke, Chamber Choir of the Moscow Conservatory, Georgy Sviridov, Dmitry Bortniansky, Alexander Gretchaninov, Nikolai Leskov, Moscow Chamber Chorus, Nikolai Golovanov, USSR State Academic Russian Choir