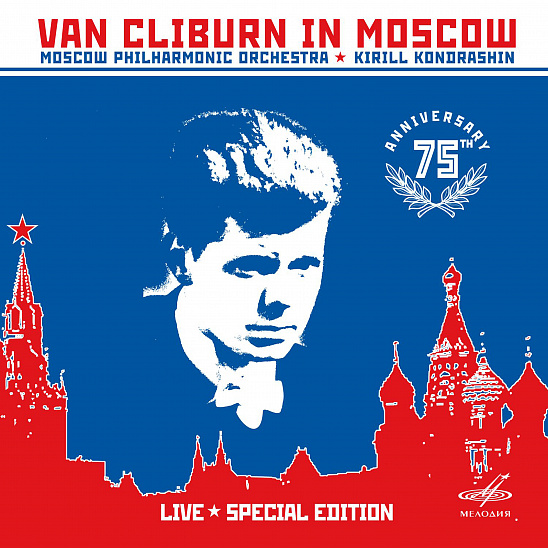 Yandex Music / Apple Music / Spotify / ...
Cliburn’s spontaneous romanticism, which the Russian listeners grew to be so fond of in 1958, during the course of time, began to acquire “muscles”, which was a manifestation of the emergence of artistic maturity. Cliburn’s interpretations of large-scale works by Brahms, Rachmaninoff and Prokofiev began to “stand on their feet” in a sturdier manner. For instance, the last recording of Brahms’ Second Piano Concerto made in Moscow achieves titanic might, comparable to the orchestral proportions of this composition. Unfortunately, in the archives of “Melodiya” the concert performances from 1958, 1960 and 1962 are not represented in full. The later tours up to 1972 were recorded completely and by means of more perfect technical means. Studio recordings were no longer made. Also preserved are the recordings of television broadcasts, which were recently released in their entirety in the West. Following the performances of 1965–1972 in the USSR there was an album released, titled as “At Van Cliburn’s Concerts in Moscow”, as well as a record, titled as “Van Cliburn’s Encores”. Most of these recordings had never come out on compact discs, neither in Russia, nor in other countries. The compilation of Van Cliburn’s recordings made in Moscow, presently offered to our listeners, is up to now the only one of its type.