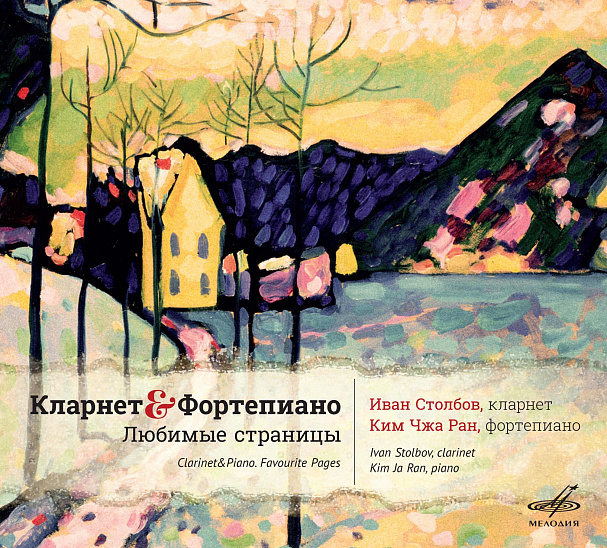 Firma Melodiya presents the art of two young soloists – virtuoso clarinetist Ivan Stolbov and pianist Kim Ja Ran (South Korea – Russia). Both musicians are graduates of the St. Petersburg Conservatory, prize-winners of international competitions and active stage performers in Russia and overseas. Ivan Stolbov began to learn music since the age of nine. Now, he is a soloist of the Mariinsky Theatre orchestra and teaches at the St. Petersburg Music College. Among his major achievements are first prizes of the Rimsky-Korsakov International Competition in St. Petersburg, Jeunesses Musicales in Bucharest and the Wind and Percussion Competition in Tokyo. The musician gives open lessons and master classes around the world. Kim Ja Ran , who started to play music when she was four years old, has been a two-time prize-winner of the International Music Competition in Albena, Bulgaria, in the categories of best solo piano performance in 2005 and performance by a piano duo in 2007. Today, she is an artist of Petersburg-Concert. The album features compositions for clarinet and piano by composers of the 19th and 20th centuries. Many of the pieces are not that well known to today's Russian listeners. Sergey Taneyev's Canzona, Claude Debussy's Rapsodie, sonatas by Alexander Grechaninov, Francis Poulenc and Paul Hindemith demonstrate extensive performing and expressive skills of the young musicians. The recording was made at a concert of the Mariinsky Theatre in 2012.
Tags: Sergei Taneyev, Claude Debussy, Alexander Gretchaninov, Paul Hindemith, Francis Poulenc