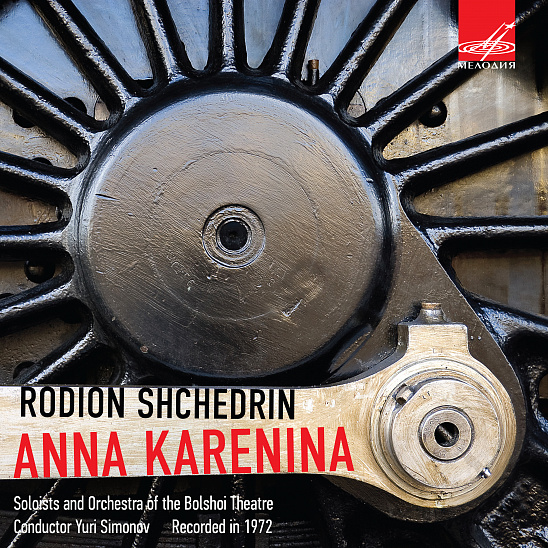 The title sheet of the score has a dedication "To Maya Plisetskaya, always". The great ballet dancer and the composer's spouse to whom Shchedrin's other ballets were dedicated as well (Carmen Suite, The Seagull, The Lady with the Lapdog) was an initiator of creation of this work. Moreover, apart from dancing the main part, she was a choreographer of the ballet.

The premiere took place at the Bolshoi Theatre in 1971. Valeri Levental designed the stage setting and Pierre Cardin created the costumes. Yuri Temirkanov, the chief conductor of the Bolshoi Theatre was at the stand. This recording was made with him conducting.

Shchedrin turned to Leo Tolstoy's novel after he composed the score for the motion picture Anna Karenina (1967) where Maya Plisetskaya acted as a dramatic actress. As a basis, Shchedrin took the concept of Tchaikovsky's "lyrical scenes" – his opera Eugene Onegin, - uncovering the heroine's and other characters' spiritual world through solo and ensemble ballet scenes. Shchedrin deliberately used musical quotations from the great Russian composer's works created in the first half of the 1870s, the years when Tolstoy worked on his novel.

"Apart from its eventful plot, Tolstoy's novel is full of aroma and pulse of the age, outside its stylistics would be void of a significant portion of credibility, colours, uniqueness and depth", the composer wrote.

The ballet Anna Karenina was one of the most successful productions of the Bolshoi Theatre in the 1970s and 1980s. It was shown more than a hundred times during 13 years.