The Art of Irina Arkhipova 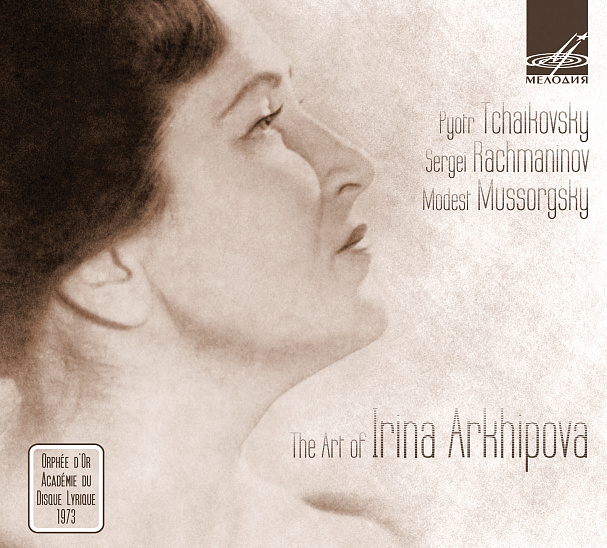 The Art of Irina Arkhipova

Yandex Music / Apple Music / Spotify / ...
The name of Irina Arkhipova was entered into the Russian Book of Records as the most titled singer of the USSR and Russia. Her voice was "an amazing combination of the breadth of Russian singing style, heartfelt intonation, European lustre and refined vocalization of the highest standard," wrote the press about one of the greatest vocalists of the 20th century Russian performing arts. Although Arkhipova started her musical career rather late, she won the recognition of the domestic and international public during the early years. After her triumphant performances with Mario del Monaco in Carmen, she took part in all tours of the Bolshoi Theatre and gave concerts on stages of Europe, Asia and the United States. An owner of a huge operatic repertoire, the signer devoted much attention to vocal chamber music. Arkhipova's performance of romances by Mussorgsky, Tchaikovsky, Rimsky-Korsakov and Rachmaninoff is delightful thanks to lyric finesse, emotion and an extraordinarily aesthetic sense of proportion. Firma Melodiya presents recordings of romances and songs by Mussorgsky, Tchaikovsky and Rachmaninoff performed by Irina Arkhipova. Tchaikovsky's romances were recorded with the accompanist Igor Guselnikov. Mussorgsky's tragic vocal cycle Songs and Dances of Death and the romances by Rachmaninoff were recorded together with the American pianist John Wustman, an ensemble partner of the singer for many years. The recordings were made in the 1970, a period when Irina's Arkhipova's vocal art was in its prime and was awarded the “Orphée d'Or” of Académie du Disque Lyrique in France in 1973.
Tags: Pyotr Ilyich Tchaikovsky, Sergei Rachmaninoff, Modest Mussorgsky, Daniil Ratgauz