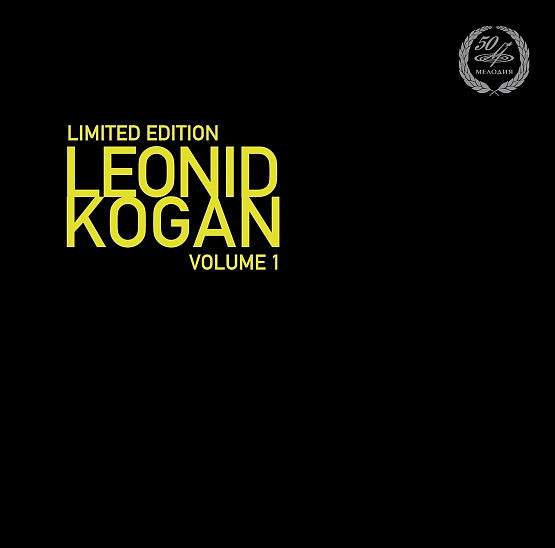 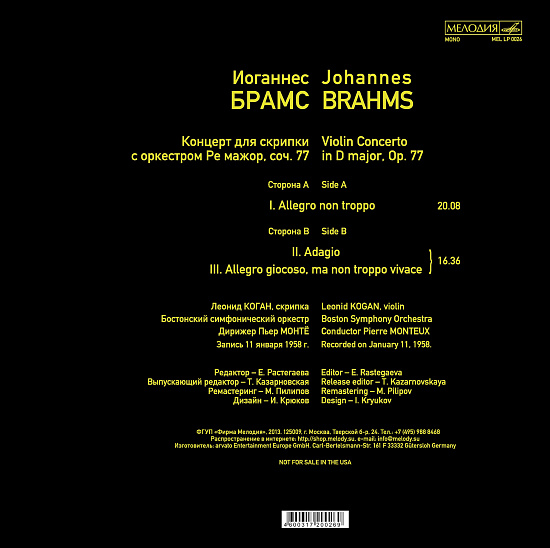 Firma Melodiya presents one of the best recordings by the outstanding violinist of the 20th century Leonid Kogan. Johannes Brahms's Concert for violin and orchestra is a part of any violinist's golden repertoire. The concerto was among Kogan's favourite works – he played it when he debuted with a symphony orchestra at the age of 16 in Moscow in 1941. Ten years later he played it at the finals of the Queen Elisabeth Competition in Brussels where he gained a glorious victory and thus opened a path to worldwide recognition. Kogan performed and recorded the concerto with Soviet and foreign orchestras on a number of occasions. This recording was made during his first tour in the United States in 1958. "Kogan is a rare type among the performing artists: a most musical of musicians, he is always an enormous successful with the public", the American press wrote after the violinist's concert at Carnegie Hall. Leonid Kogan is accompanied by the Boston Symphony Orchestra conducted by the legendary Pierre Monteux.
Tags: Johannes Brahms, Leonid Kogan