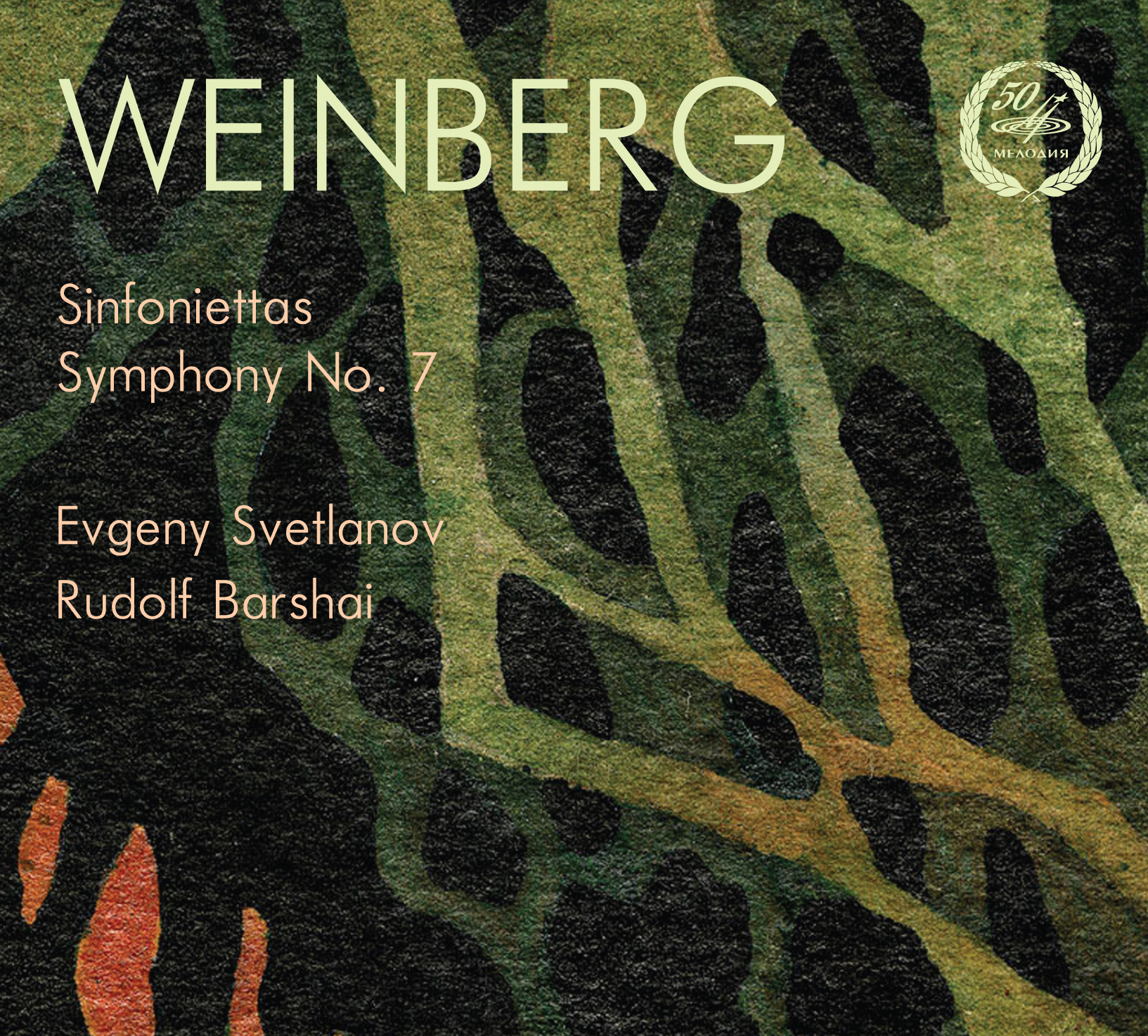 Firma Melodiya presents an album of chamber and symphonic music by Moisey (Mieczysław) Weinberg, a remarkable composer and one of the best representatives of the 'Shostakovich school'. Regretfully, for the general public, he stayed in the shadow of his great teacher (although he formally wasn't his pupil; this is rather a matter of spiritual affinity, a common stylistic and ethical orientation felt by both composers). Weinberg is mostly known as an author of music to such outstanding Soviet motion pictures as The Cranes Are Flying, Don Quixote and The Last Inch. Meanwhile, he penned more than twenty larger and six chamber symphonic opuses, which revealed his distinctive individuality in a most complete way. Weinberg, who matured as a composer on the junction of three national cultures (Polish, Jewish and Russian), reflected achievements of the brightest music figures of the 20th century – Mahler, Hindemith, Bartók, Prokofiev and Stravinsky, in his own fashion. Throughout his creative development (Sinfonietta No. 1 was composed in 1948, Sinfonietta No. 2 and Symphony No. 7 – in the 1960s), the aesthetics of neoclassicism was close to him, which, however, was allied with high affectivity, deep emotional experience and keen perception of dramatic conflicts in the vein of Shostakovich. Weinberg's compositions are performed by the USSR State Orchestra led by Evgeny Svetlanov and the Moscow Chamber Orchestra lead by Rudolf Barshai, who founded the first Soviet chamber orchestra and inspired many contemporary composers of the time to create chamber music.


(not available from stock)

Back to the section
News
all news