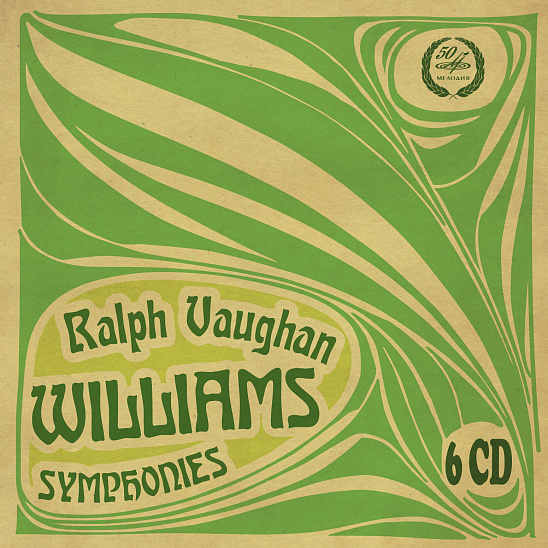 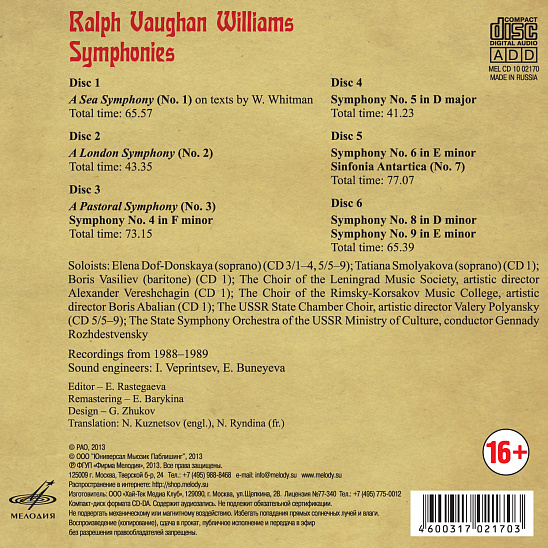 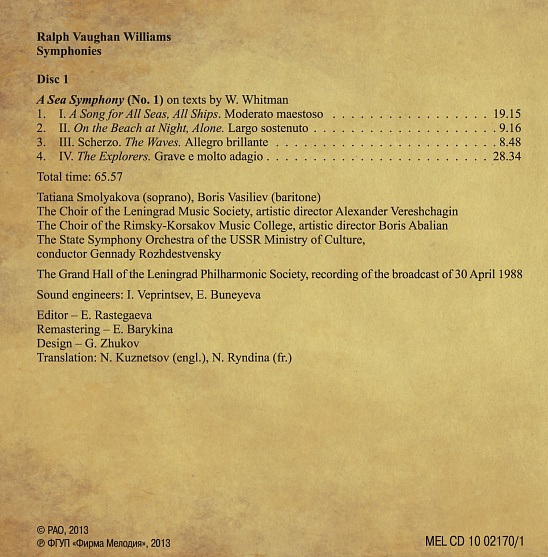 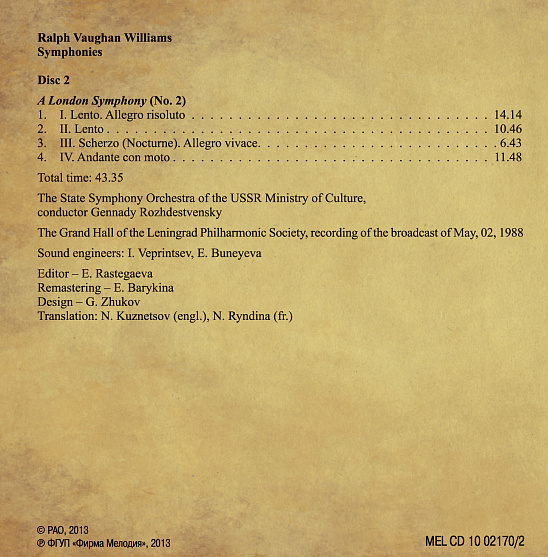 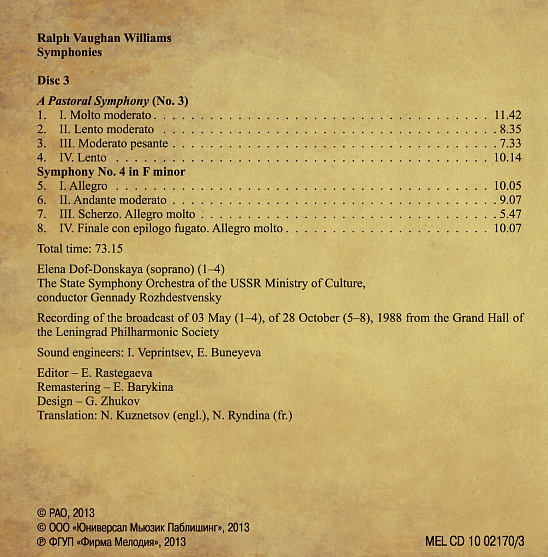 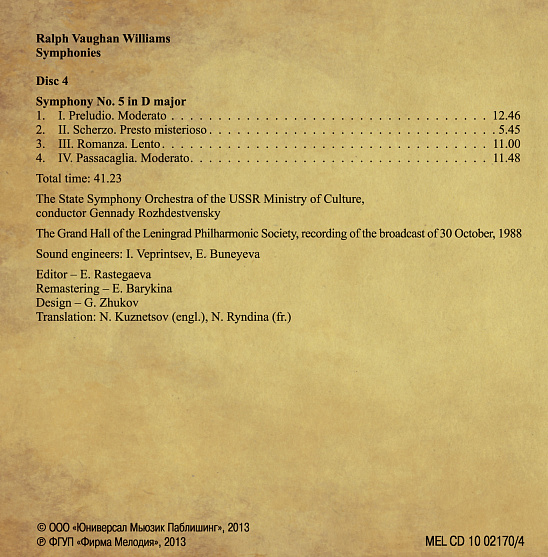 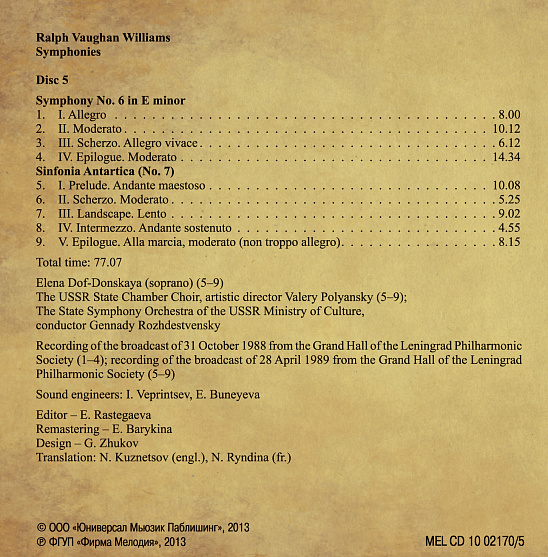 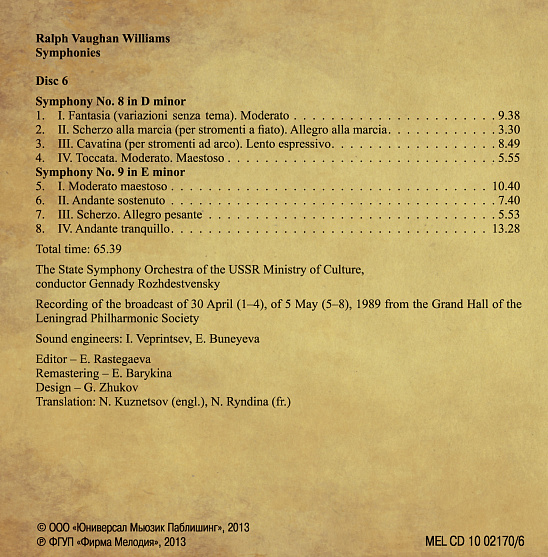 Firma Melodiya presents a complete set of Ralph Vaughan Williams's symphonies conducted by Gennady Rozhdestvensky. The name of this English composer is not yet well known to Russian listeners. Meanwhile, Vaughan Williams was one of the largest figures of the so-called English Musical Renaissance, a movement in the late 19th and early 20th centuries. A composer, conductor, organist, folklore student and publicist, Vaughan Williams today is mostly known for his large-scale symphonic works. The English composer's nine symphonies sequentially reflect the evolution of his creative style (the first one was composed in 1903, and the last one not long before he died in 1958). Each of them seems to be a continuation, a development of the previous one (a sort of "chapters of one novel"), but neither repeats any other one in structure, composition, concept or music. Some of the symphonies are closely connected with national poetry (Walt Whitman), episodes from the English history or pictures of native countryside. Absorbing a wide range of sources realized in Vaughan Williams's style – from old folk songs and religious hymns to musical impressionism and jazz – his symphonies are notable for expressive figurativeness and melodic resourcefulness, and open to any keen ear. The recordings of Vaughan Williams's symphonies performed by the prominent conductor and recognized master of interpretation of 20th century music were made at concerts in 1988-1989 in Leningrad.
Tags: Gennady Rozhdestvensky, The USSR Ministry of Culture Symphony Orchestra