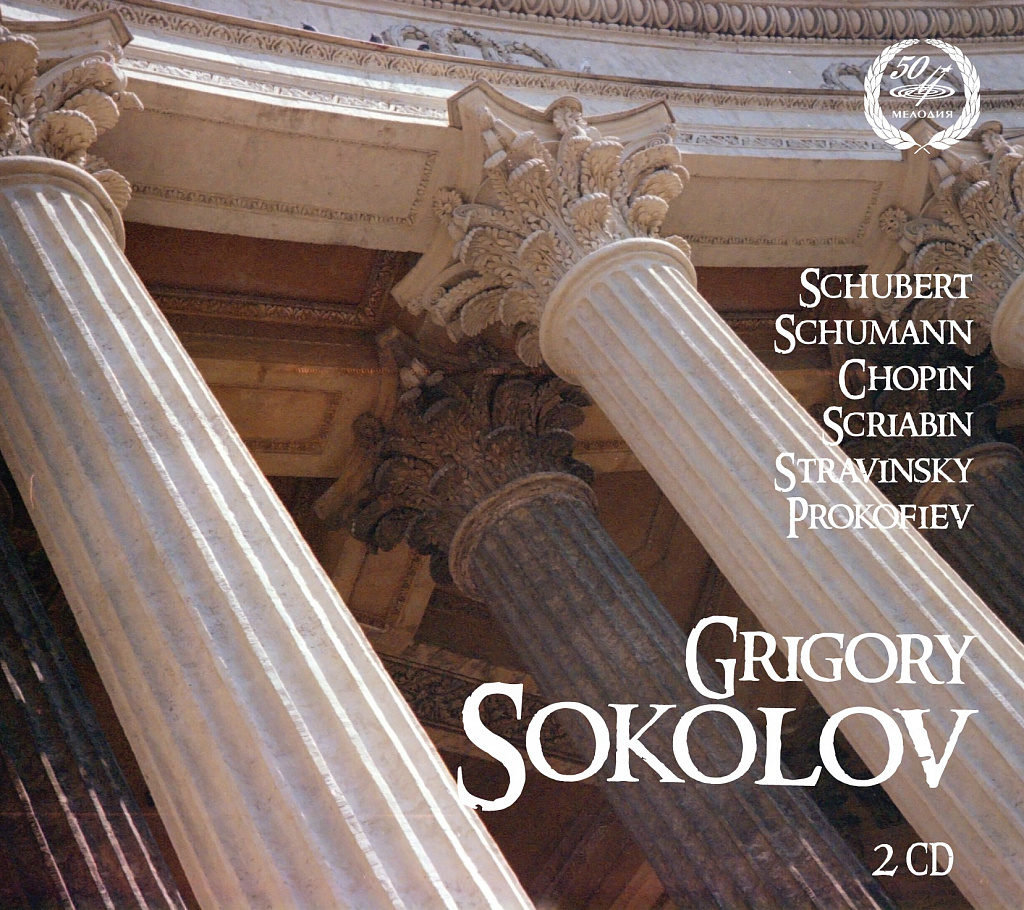 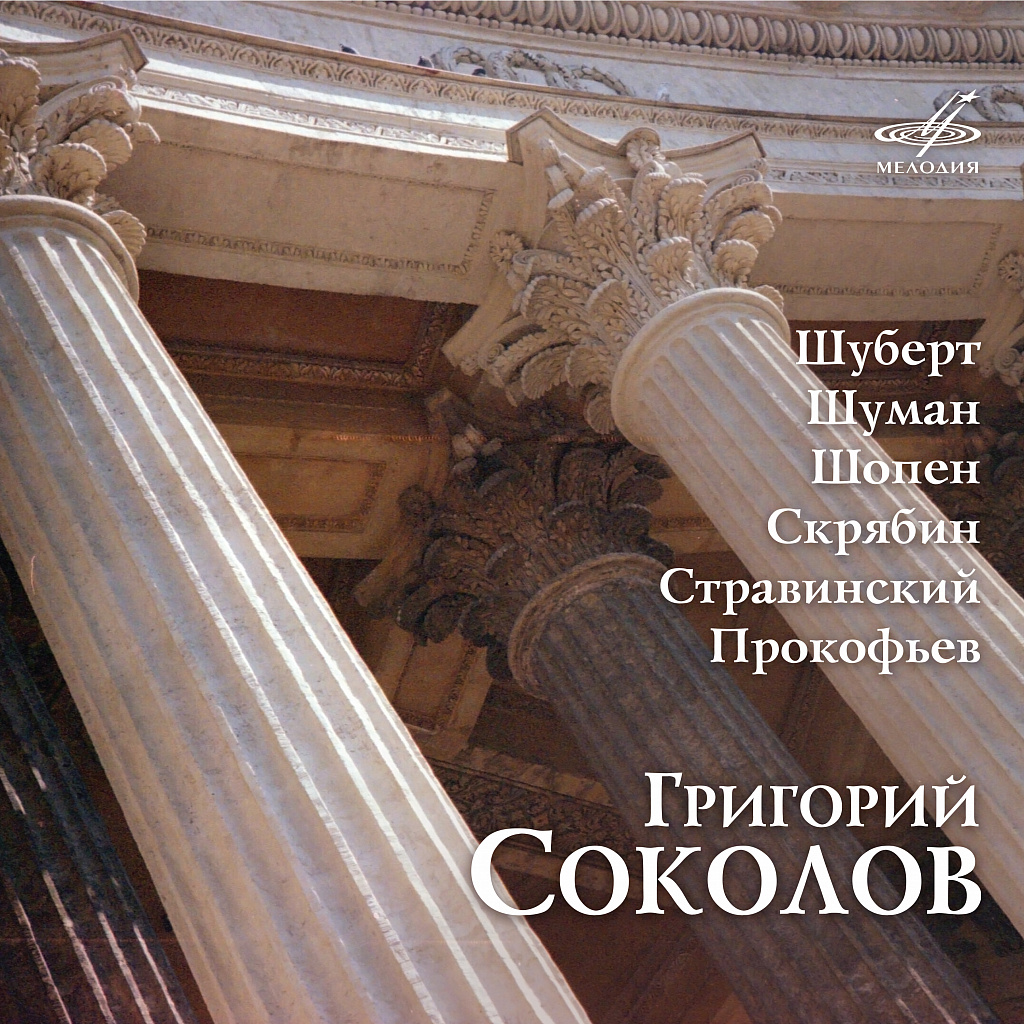 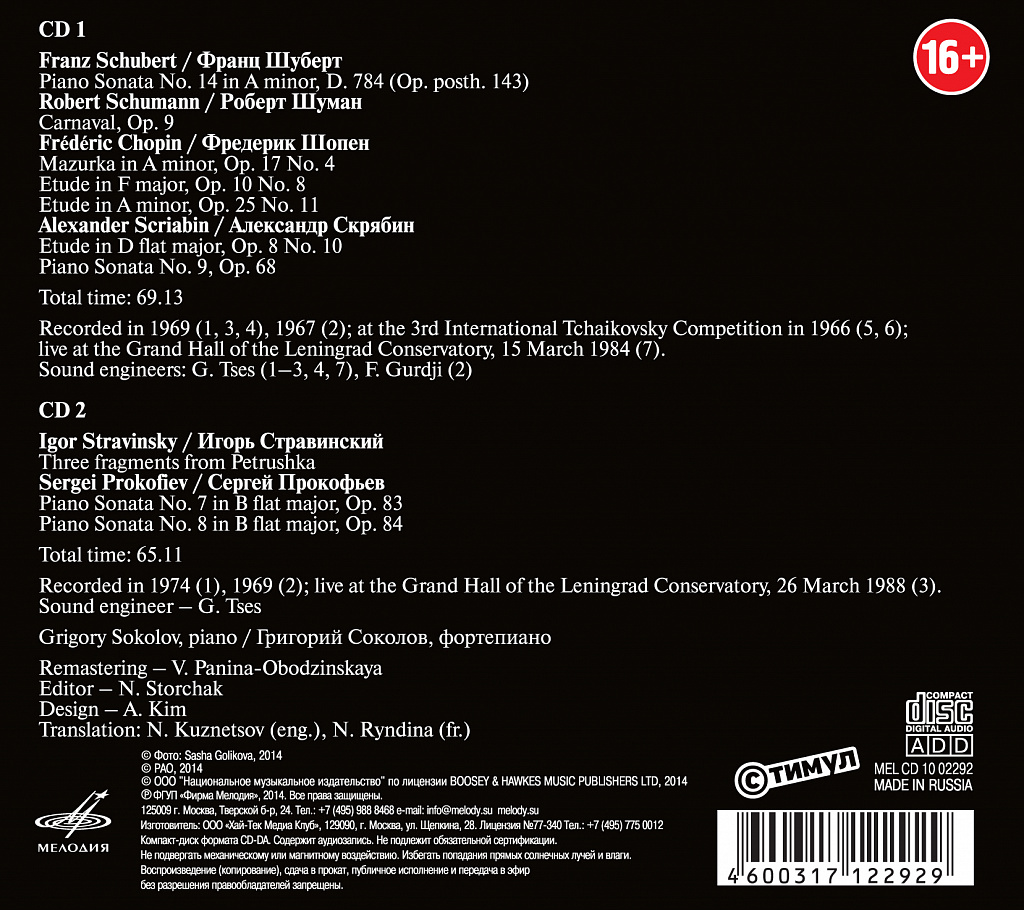 
Yandex Music / Apple Music / Spotify / ...
The art of the 20th century legendary pianists lives on in this century in the creative work of Grigory Sokolov, “the greatest pianist of modern times,” “the world's pianist No. 1,” “a genius” as the contemporaries name him. Sokolov's name ranks with the names of the great musicians of the past – Vladimir Horowitz, Sviatoslav Richter and Glenn Gould. The pianist gives quite a number of concerts annually in different cities of Europe, including a traditional klavierabend in his native St. Petersburg. Grigory Sokolov finished the special music school of the Leningrad Conservatory under Liya Zelikhman, and in 1973 he graduated from the Leningrad Conservatory under Moisey Khalfin. Later on, Sokolov became a professor of the St. Petersburg Conservatory where he taught for a long time. As early as at the age of twelve, Sokolov gave his first solo concert, and at 16 he received the first prize of the 3rd International Tchaikovsky Competition in 1966. That victory signified the beginning of Sokolov's career. Many compared his emergence on stage with that of the young Emil Gilels after his triumph at the 1st All-Union Competition of Performing Musicians in 1933. In 2003 and 2004, Sokolov received a prestigious Franco Abbiati award of the National Association of Italian Music Critics. Grigory Sokolov has collaborated with some of the best conductors and orchestras, including London's Philharmonia Orchestra, Leipzig's Gewandhaus Orchestra, the New York Philharmonic Orchestra, the Royal Concertgebouw Orchestra and others. At present, the pianist prefers solo performances. Sokolov is characterized as a thinker musician whose art requires intellectual co-creation from the listener. His performance is always perfect in terms of technique and distinguished with special, inimitable sound of the instrument. For Sokolov, the piano is like a living being. “We must understand each other… I know that we play together, that I would be happy if I don't have to make my concert grand do what I want and it does it willingly,” the pianist said describing his meticulous rehearsals before the performances. Sokolov's phonographic heritage is rather small. Lately he has recorded just a few of recitals. According to the pianist, “the biggest gap is the one between a microphone and a man, and between one man and thousands of people such a gap doesn't exist.” That is why the amount of studio work among his recordings is so small. Grigory Sokolov's repertoire includes only “contemporary” music – from the works of old masters to 20th century composers – because he believes that “music knows no geography, no time.” Regardless of the era when a piece was composed, Sokolov interprets it in an extraordinarily sincere and natural fashion. “I can play only what I feel important at a given moment of time. That is something in what I feel myself. Because there cannot be anything contrived in a programme and in an interpretation. This is a part of a performer,” Sokolov says. This album includes compositions from the romanticism period (Schubert, Chopin, Schumann) as well as music of the early 20th century (Scriabin, Stravinsky, Prokofiev), which allows us to feel the pianist's timeless performing freedom. The recordings featured on two discs were made in Leningrad in the late 1960s to the 1980s. The pianist's early recording are of special interest – Schumann's brilliant, ringing Carnaval, Chopin's moving piano miniatures, and Schubert and Scriabin's sonatas. The second disc includes a virtuosic transcription of three fragments from Stravinsky's Petrushka and two of Prokofiev's “war” sonatas (Nos 7 and 8). At one time, these sonatas were premiered by Sviatoslav Richter and Emil Gilels, the great pianists of the 20th century. Grigory Sokolov is by right referred to as an heir to their performing art.
Tags: Sergei Prokofiev, Frederic Chopin, Franz Schubert, Alexander Scriabin, Robert Schumann, Grigory Sokolov, Igor Stravinsky