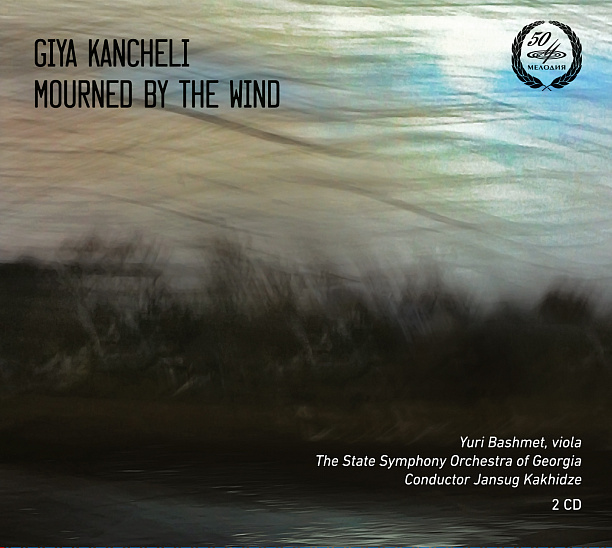 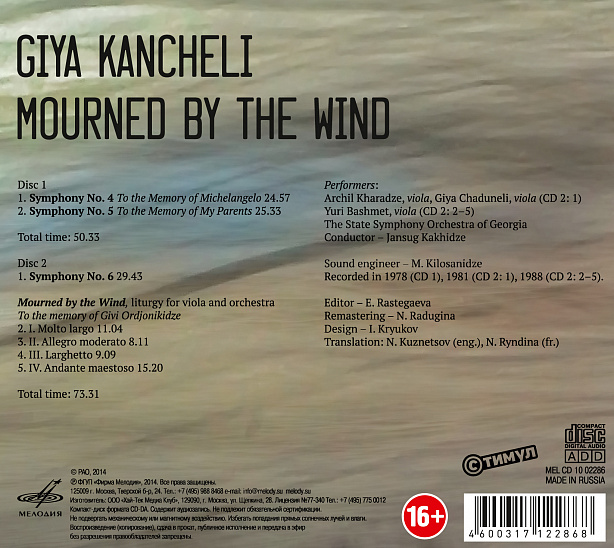 Firma Melodiya presents symphonic music by the outstanding Georgian composer Giya Kancheli. The name of this composer is well-known to a wide circle of listeners in the post-Soviet domain first of all because of his music for popular motion pictures and theatre productions written in collaboration with some of the best representatives of contemporary Georgian culture such as Georgi Danelia, Robert Sturua and others. Meanwhile, Giya Kancheli has worked in the field of symphonic music for more than forty years and is one of the most original representatives of academic music who has created his own type of symphonism. “A master who is able to say something new, perhaps even unique, using the simplest means,” wrote Vitaly Wolf about the composer; “an ascetic with the temperament of a maximalist, a restrained Vesuvius,” said Rodion Shchedrin. Kancheli’s seven symphonies composed within 1967 and 1986 constitute a single macrocycle with a “prologue” and “epilogue” similar to seven chapters of an epic novel. The album features the composer’s Symphonies Nos 4, 5 and 6 (1975–1981) as the highest achievements of his career. The set also includes one of Kancheli’s most popular works – the liturgy Mourned by the Wind for viola and orchestra composed for Yuri Bashmet and dedicated to the memory of Georgian musicologist Givi Ordjonikidze. The recordings were made in 1978 to 1989.
Tags: Yuri Bashmet