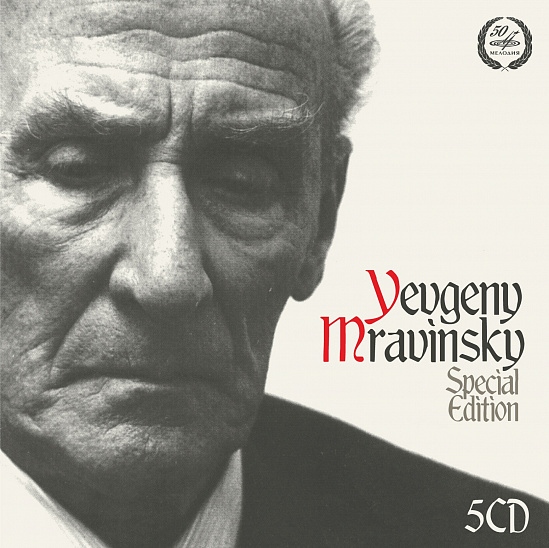 “Happiness is to be in music above everything else, in your environment – in Nature, in Love, in confession and in Thanks be to God”, as the conductor defined his artistic credo.

“People will always be in need for the art of Yevgeny Alexandrovich Mravinsky for it is warmed with the sacred fire of selfless devotion to the ideal, it knows no compromise, and that’s what its principal value is all about”, wrote his outstanding colleague Gennady Rozhdestvensky.

Yevgeny Mravinsky led the Academic Symphony Orchestra of the Leningrad Philharmonic Society for over fifty years. His mighty conductor’s will, unflagging discipline and highest demands he placed before himself and his musicians turned the orchestra into one of the best symphony orchestras of the world that was applauded by the most exacting audiences in Moscow, Leningrad, Prague, Vienna, Berlin, London, Milan, Venice, New York and Tokyo. Russian and foreign classical music, masterpieces of romanticism and impressionism, the works of Shostakovich and other Soviet composers, music of 20th century West European authors – each piece, and what is more, each performance was a new step for Mravinsky, another milestone on the way to musical Truth. Having reached his artistic maturity, the conductor refused the practice of studio recordings recognizing just the concert performance as a genuine act of the performing process.