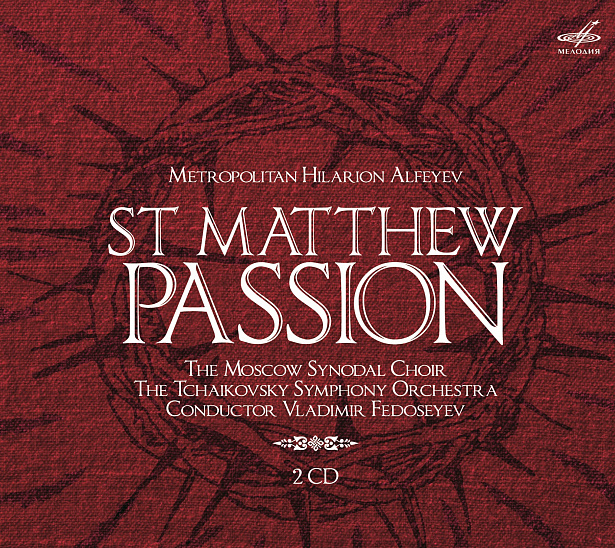 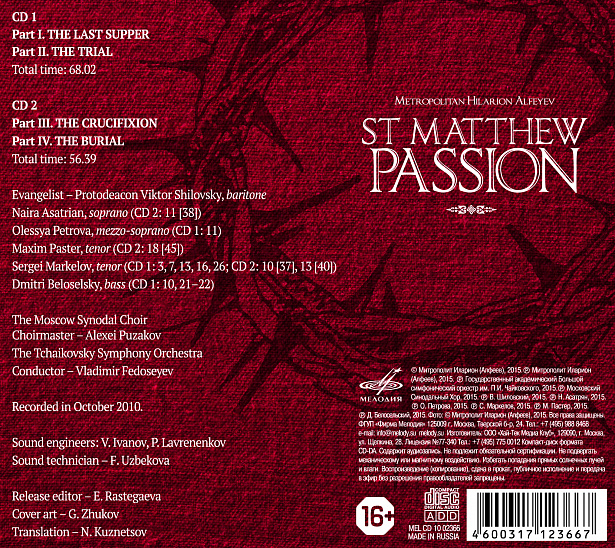 Firma Melodiya presents a recording of St Matthew Passion (2006), one of the most popular works of Russian academic music of the 21st century composed by Metropolitan Hilarion. In due course, this work will probably take a special place in the history of domestic music, but it has already been a source of inspiration for The Conductor (2012), a motion picture by Pavel Lungin, and performed over fifty times around the world.

Its composer Metropolitan Hilarion (Grigory Alfeyev) is a pries of the Russian Orthodox Church, a theologian and public figure, an author of fundamental studies on religious issues, and a Doctor of Philosophy of the University of Oxford. In 1984 to 1987 he studied at the composition department of the Moscow Conservatory under professor Alexei Nikolayev. Later he left music for an ecclesiastical career, but subsequently returned to composing.

The uniqueness of St Matthew Passion lies in the synthesis of musical traditions of West European baroque where the musical genre of passion sprang from, Orthodox church signing and Russian symphonic music of the 19th and 20th centuries. St Matthew Passion is intended for concert performance, but in the opinion of the musicologist and chancellor of the Moscow Conservatory Alexander Sokolov "this music leads a man to God through knowledge of God, to spiritual through soulful".

The featured recording was made in 2010 by the first performers of the Passion who are the Moscow Synodal Choir led by Alexei Puzakov and the Tchaikovsky Symphony Orchestra conducted by Vladimir Fedoseyev with the participation of young vocalists and prize-winners of international competitions Naira Asatrian, Olessya Petrova, Maxim Paster and Dmitri Beloselsky.