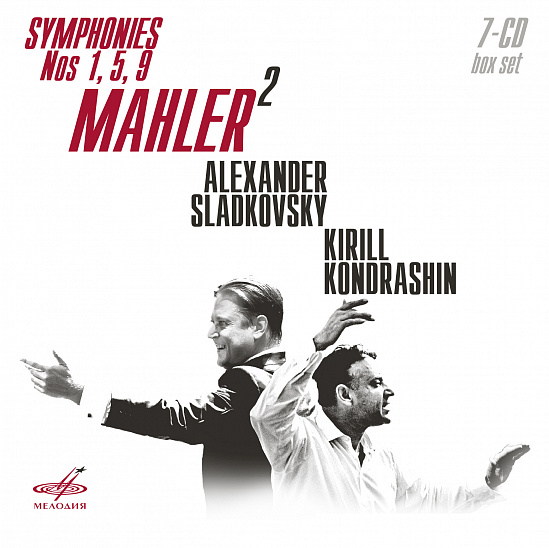 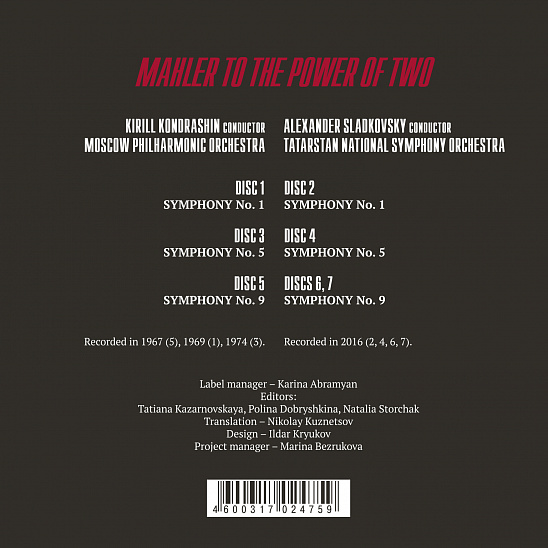 
Yandex Music / Apple Music / Spotify / Boom
Firma Melodiya presents a set of selected symphonies by Gustav Mahler interpreted by Kirill Kondrashin and Alexander Sladkovsky.
Almost fifty years separate the time of recording of these interpretations. The name of Kirill Kondrashin is linked with the everlasting glory of the “Moscow philharmonics” – the orchestra that became one of the best collectives of the former Soviet Union under his leadership. He was the first Soviet conductor to realize a full concert cycle of symphonies by Mahler (except the Eighth) and Shostakovich. Kondrashin not only resumed the tradition of “Russian Mahleriana” that had been interrupted by the Soviet ideologists of music for three decades, - he actually rediscovered the world of Mahler’s music for the domestic audience, presenting its bright, independent and still so topical rendition. Kondrashin’s initiative was taken up by other conductors of this country, but no one ventured integral coverage of Mahler’s oeuvre.
People’s Artist of Russia Alexander Sladkovsky is among the best know conductors of modern Russia. He was the one who resuscitated the State Symphony Orchestra of the Republic of Tatarstan (former Tatar ASSR) and won the recognition in this country and overseas during his six-year leadership. Just as Kondrashin did, Sladkovsky possesses an extensive repertoire, devotes much attention to contemporary music and achieves the highest technique and combination of emotional uplift with academic strictness in his interpretations.
Mahler and Shostakovich take a special place in the modern maestro’s music pantheon. While Mahler’s First, Fifth and Ninth symphonies recorded by Sladkovsky and his orchestra in 2016 preserve the traits of Kondrashin’s tradition, they also capture the conductor’s distinction as his art is addressed to today’s listeners.