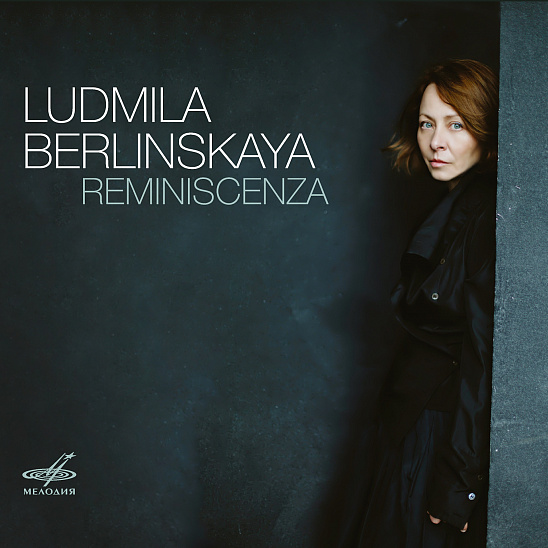 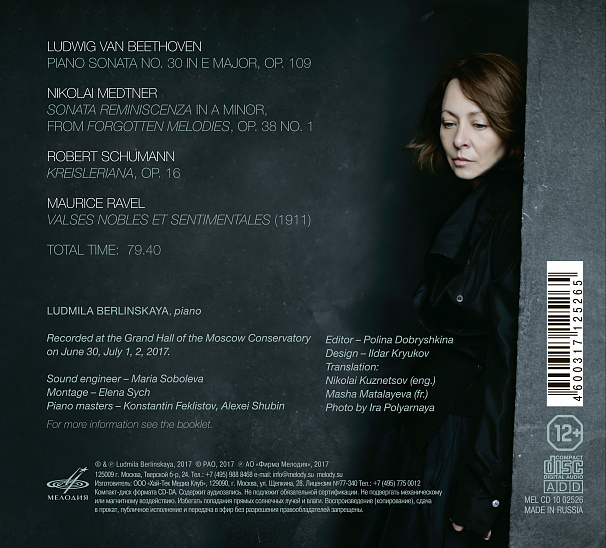 Ludmila Berlinskaya is a contemporary pianist, representative of an outstanding musical dynasty, and ensemble partner of Sviatoslav Richter, Mstislav Rostropovich, Yuri Bashmet, Viktor Tretyakov, and many other major musicians of the previous and present centuries. Apart from being an ensemble performer, she also plays solo.

Ludmila Berlinskaya’s solo album is a kind of personal confession. The pianist called it Reminiscenza not only after the sonata of the same name by Nikolai Medtner – all the works on the album are dear to her and played an important part in her life. According to the pianist, “On this album, each of the compositions ends in pianissimo not to frighten away Reminiscences.” The recording was made in the summer of 2017 at the Grand Hall of the Moscow Conservatory.