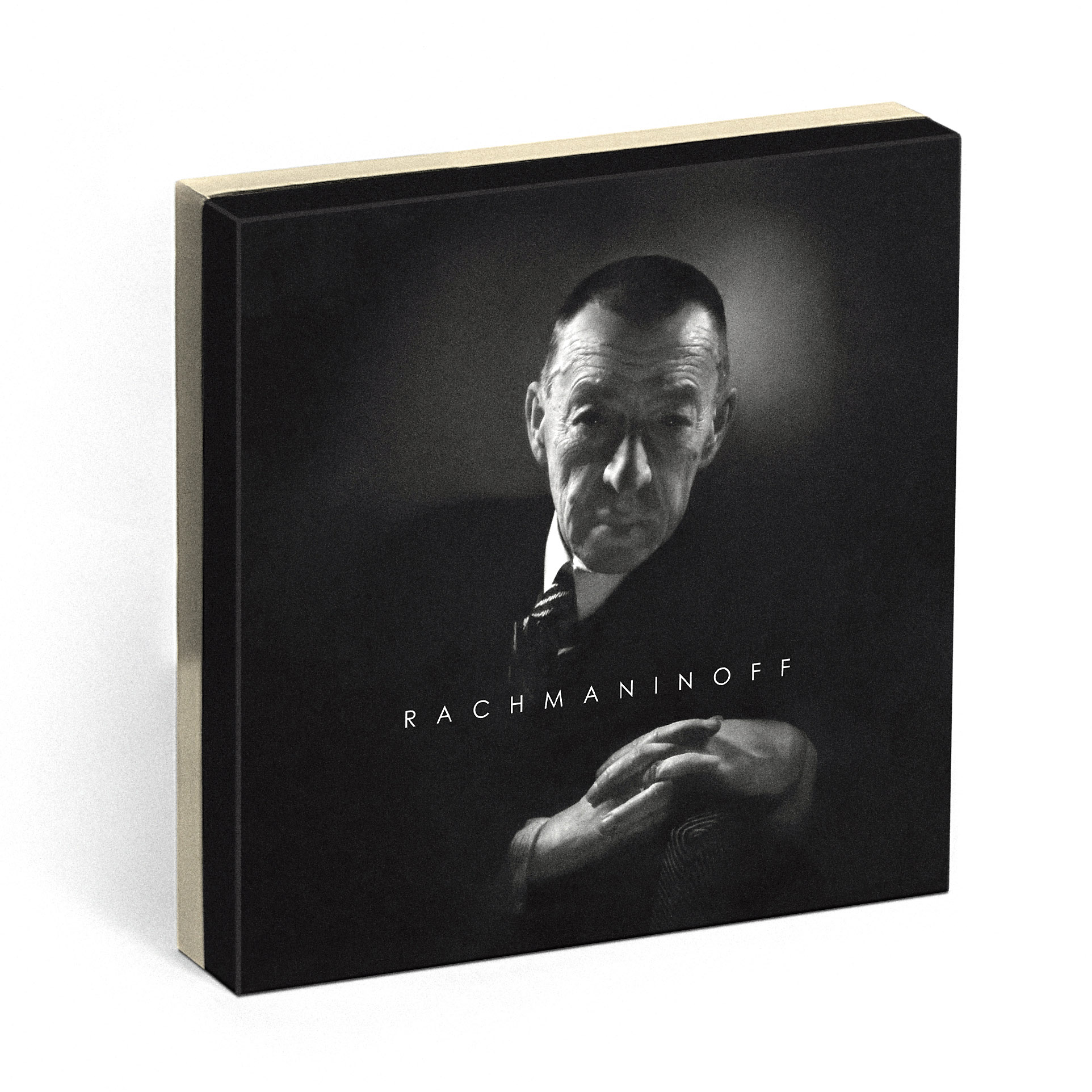 The Tower of Babel of performances and recordings of Sergei Rachmaninoff’s music pleases the ear and the sight of the music lover today as it has been throughout the 20th century. In that Tower one can easily distinguish the voices of Rachmaninoff’s music’s “native speakers” – performers who spoke Rachmaninoff’s mother’s tongue, breathed the same air and enjoyed the same autumnal landscapes in childhood. In fact, it is the Tower of its own: looking through the list of Rachmaninoff’s works and the names of Russian and Soviet performers in the Rachmaninoff Collection offered by legendary label Melodiya on the composer’s 145th anniversary, one can assume just that. To a great surprise of the scholars and amateurs, such a collection has never been assembled previously. The “Russian idiom” (if we are to continue with the metaphor) has never been presented in such a massive and powerful way, reaching the “critical mass” that may lead to important conclusions about
the Russian musical style and interpretation in general. The list contains the names of great singers from the generation of Soviet classics such as Irina Arkhipova, Ivan Kozlovsky, Georgy Nelepp, Elena Obraztsova, Mark Reisen, to the most current internationally renowned stars such as Hibla Gerzmava. One can find a smorgasbord of chamber music performed by the exceptional ensembles and individuals such as David Oistrakh, Leonid Kogan, Mstislav Rostropovich, Gidon Kremer and Daniil Shafran. An unusual component
in the collection is the recordings of Rachmaninoff’s Russian Orthodox church music – something that was carefully shoved under the rug in the Soviet times. The operas are represented by the best that the country could give – and here, for sure, the native Russian diction raises the level of performance to the classical height. And, of course, that poetics of the piano, in which Sergei Rachmaninoff expressed himself in the most unencumbered way, is represented in the Collection by the names that do not need promotion: Sviatoslav Richter, Emil Gilels, Grigory Sokolov, Vladimir Krainev, Alexei Nasedkin, Pavel Serebryakov– the list goes on until it reaches the latest acquisition on the Montparnasse of piano, Dmitry Masleev. For the connoisseurs, the Collection offers rare examples, many of them previously unreleased by Melodiya, together with those delicious brand-name tube-mic recordings that carry an unrivaled human quality and a tint of nostalgia. The edition comprises 33 CDs and 1 LP with previously unreleased recordings (Piano Concerto No. 2 performed by Vladimir Krainev and the Leningrad Philharmonic Orchestra conducted by Yuri Temirkanov; and Vocalise orchestrated by the composer and performed by the Moscow Philharmonic Orchestra conducted by Dmitri Kitaenko). The edition includes a booklet in four languages (Russian, English, French and German).


Sorry, this CD release is not available for purchase in your territory. Please, find it from our distributors.


Back to the section
add to cart