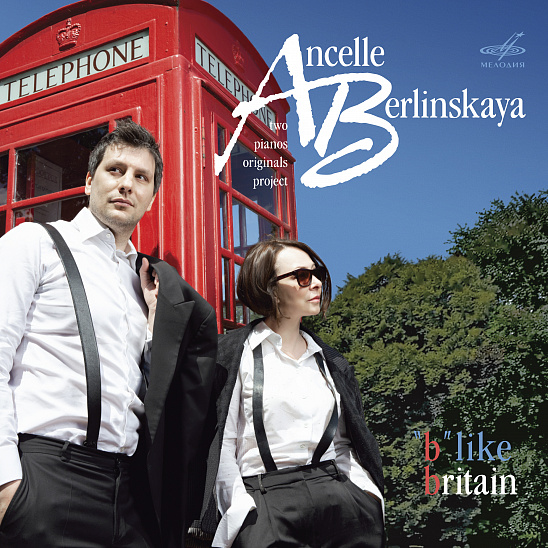 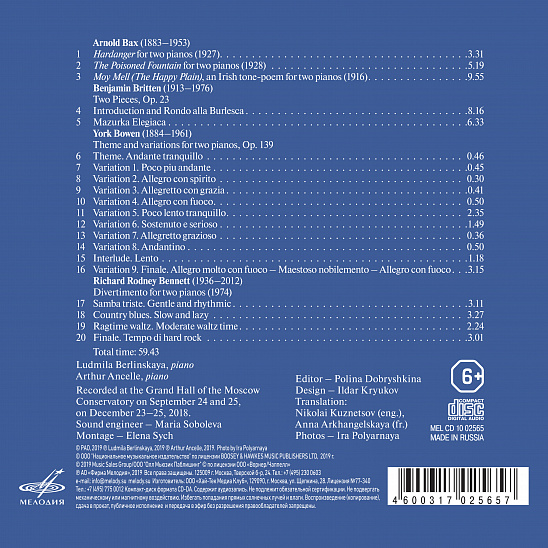 This album recorded by the piano duo of Ludmila Berlinskaya and Arthur Ancelle on the Melodiya is dedicated to English music of the 20th century.

This is the third CD in the series “Two pianos Originals Project” presented by Ludmila Berlinskaya and Arthur Ancelle on Melodiya. Since 2011 the tandem of two remarkable pianists has captured the listeners’ hearts in Russia, Europe and Asia. Their joint performances and recordings have received international prizes and been acclaimed by music critics.

If the first two СDs were dedicated to original compositions in the genre of piano duet of Russian and French composers, this time the duo suggests to listeners to make a journey through Albion.

The name of the album “B” like Britain ingeniously plays with the fact that the names of all composers begin with the same letter and all of them belong to British musical culture.

The representatives of the so-called “English Musical Renaissance” Arnold Bax and York Bowen, a renowned classic of the twentieth century music Benjamin Britten, and a three-time Oscar nominee Richard Rodney Bennett with his combination of jazz and post-war avant-garde experiments – this is how the musicians see a half-century profile of British musical culture in the mirror of the genre of piano duet.

The most demanding gourmets and a broader circle of classical music lovers alike will enjoy this surprise and paradoxical programme.