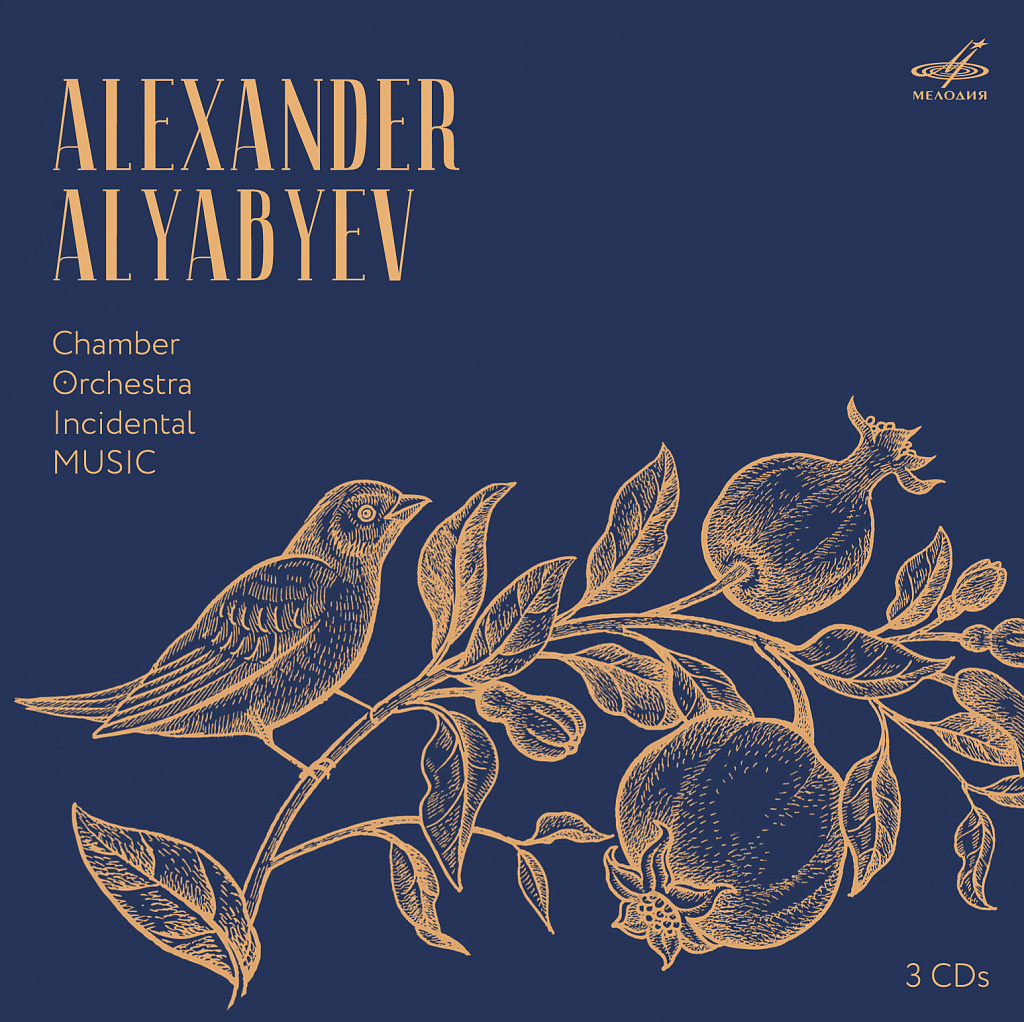 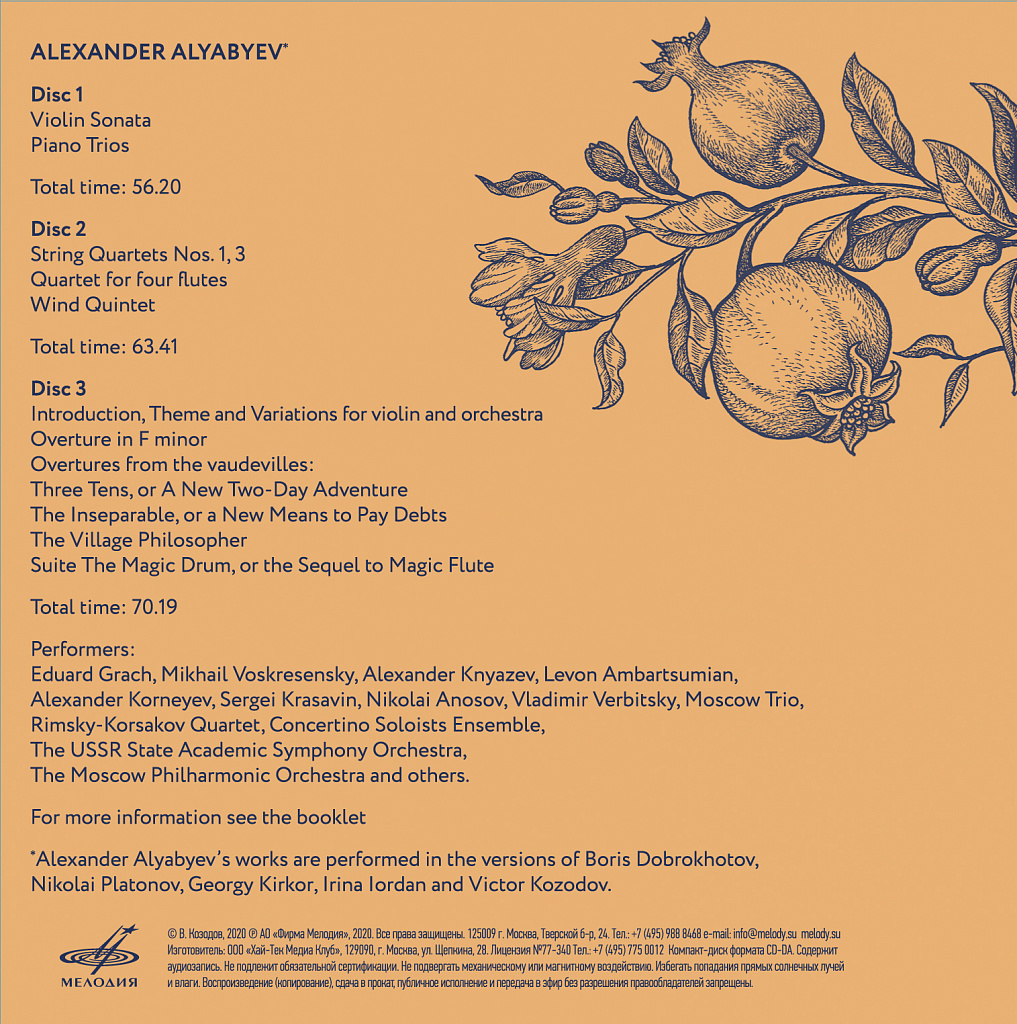 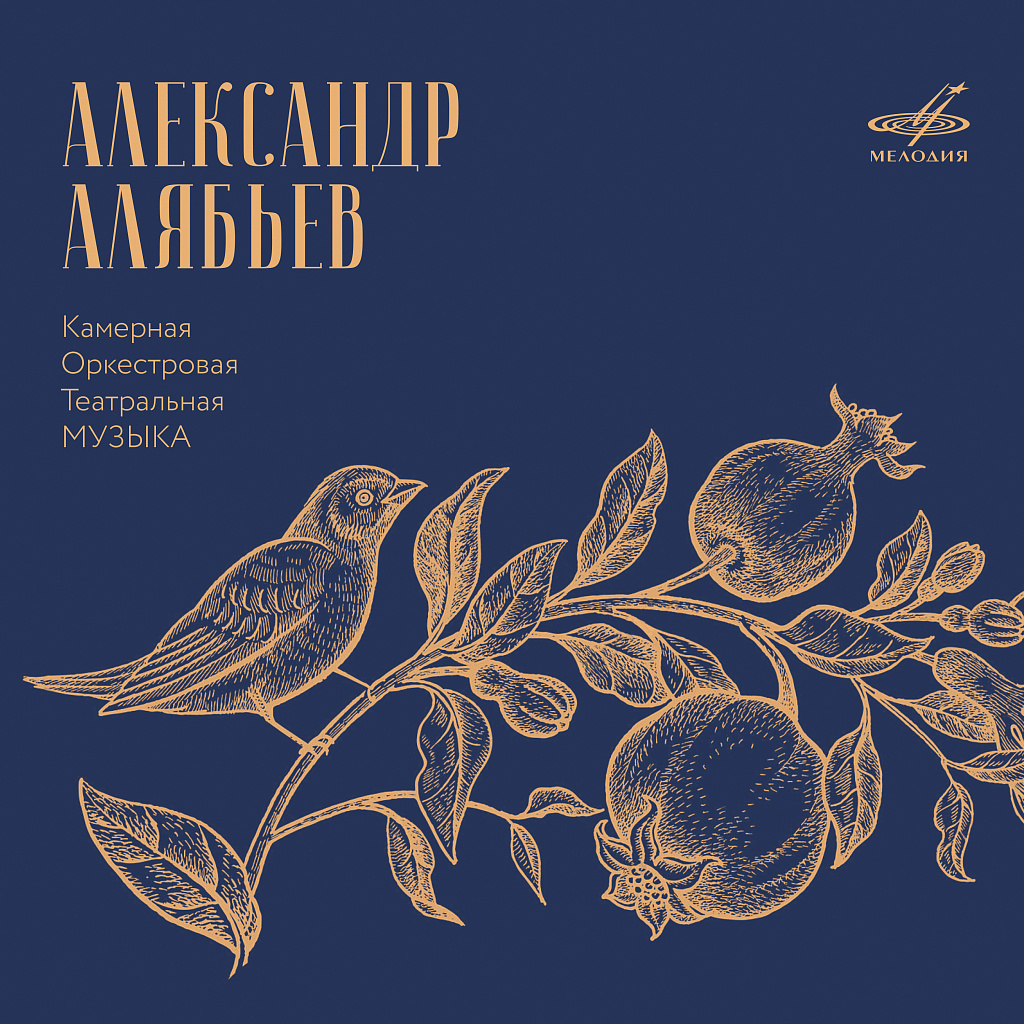 Firma Melodiya presents recordings of orchestral, chamber and theatre music by Alexander Alyabyev, a composer whom the whole world knows as the author of the romance The Nightingale.

Like most of his talented Russian contemporaries, Alexander Alyabyev for a long time studied music “at leisure” as an enlightened amateur. Moreover, he can rightfully be called one of the most original composers of the Pushkin era, the one who was truly worthy of fame at the European level.

Most of the recordings are released on CD for the first time: Violin Sonata, String Trio in A minor and the quartets, Wind Quintet, Concert Variations for Violin and Orchestra, the overtures for the vaudevilles, and the suite from the ballet The Magic Drum. This music has not lost its originality and freshness of sound. The compositions were recorded by outstanding musicians of the late 20th century - violinists Levon Ambartsumian and Eduard Grach, pianist Mikhail Voskresensky, flutist Alexander Korneyev, chamber ensembles The Moscow Trio and Concertino and the Rimsky-Korsakov String Quartet. The release also includes an archive recording of 1948 – the USSR State Symphony Orchestra under the baton of Nikolai Anosov, the initiator of the concert performance of Alyabyev’s previously unknown works, performs the overture to the vaudeville opera The Village Philosopher.
Alyabyev wrote over 450 (!) pieces: vocal works, operas, vaudevilles, ballets, overtures, symphonies, and chamber and piano compositions. However, with the exception of romances and songs, most of Alyabyev’s music remained unknown to either contemporaries or descendants, which was greatly facilitated by the composer’s dramatic fate. As late as in the middle of the 20th century, a hundred years after Alyabyev’s death, some of his manuscripts were published thanks to the efforts of Russian musicians Boris Dobrokhotov, Nikolai Platonov and Georgy Kirkor.