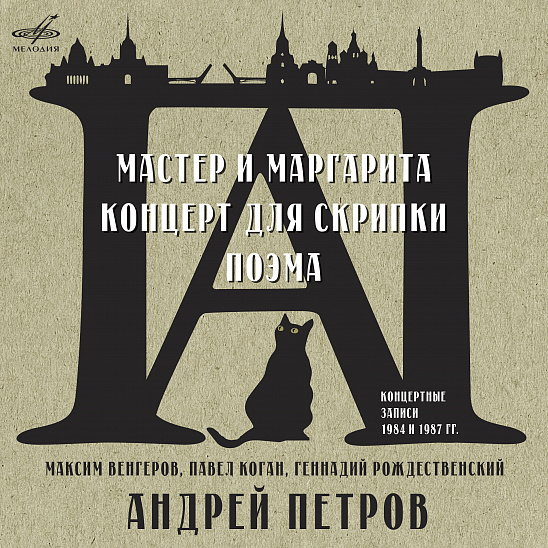 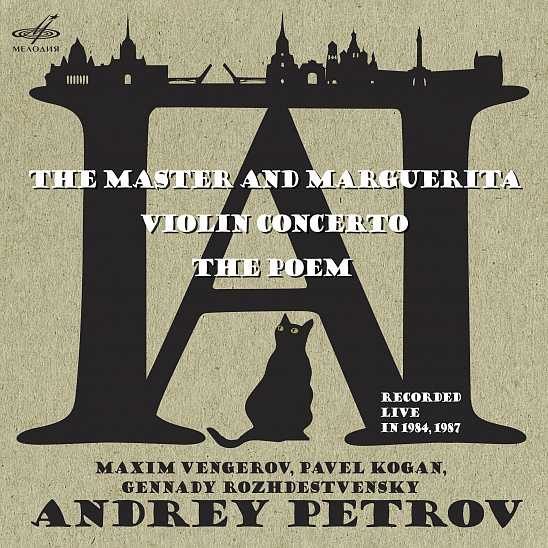 Petersburg Symphony of the 20th Century. Andrei Petrov.
Firma Melodiya releases an album of the outstanding composer’s symphonic works. The release is dedicated to the 90th anniversary of his birth.
“He was an amazingly bright personality. There is a concept of bright angel, which would suit him perfectly. If you want to understand what kind of man he was, just listen to his music. This music is so open, so optimistic, always kind, always humane”.
This is what film director Georgy Daneliya said about Petrov. Millions of viewers know Andrei Petrov as a film composer and collaborator of Daneliya, Eldar Ryazanov and other prominent film directors. Song about a Friend, Sea Devil, Walking the Streets of Moscow, Nature Has No Bad Weather and other songs are loved and sung by different generations.
Meanwhile, Andrei Petrov was one of the leaders of the Leningrad school of composition and a true Petersburger in terms of his spiritual, artistic and aesthetic level of creativity. He wrote the ballets The Creation of the World and Pushkin, the operas Peter the Great and Mayakovsky Begins, and the symphonies The Master and Margarita and The Time of Christ. On the recommendation of Dmitri Shostakovich Petrov took the lead of the Leningrad branch of the USSR Union of Composers and remained a principal figure in the musical circles of the northern capital until the end of his days. His music was performed by Yuri Temirkanov, Evgeny Svetlanov, Evgeny Kolobov, Arnold Katz, Valery Gergiev, Alexander Lazarev, Yuri Simonov and other celebrated conductors.
This release comprises Andrei Petrov’s most significant symphonic works, including the tragic Poem in Memory of Those Who Fell during the Siege of Leningrad (1966), which made a stunning impression at the premiere and then was successfully performed in many cities of this country and the world; the symphony-fantasia The Master and Margarita after Mikhail Bulgakov’s novel – the critics called its premiere in 1986 “a significant milestone in the cultural life” of the country (the ballet of the same name based on the symphony’s material was staged by Boris Eifman); and the Violin Concerto (1980) performed by young Maxim Vengerov.
The recordings of Andrei Petrov's symphonic music featured on the album were performed between 1984 and 1987 under the batons of Gennady Rozhdestvensky and Pavel Kogan.