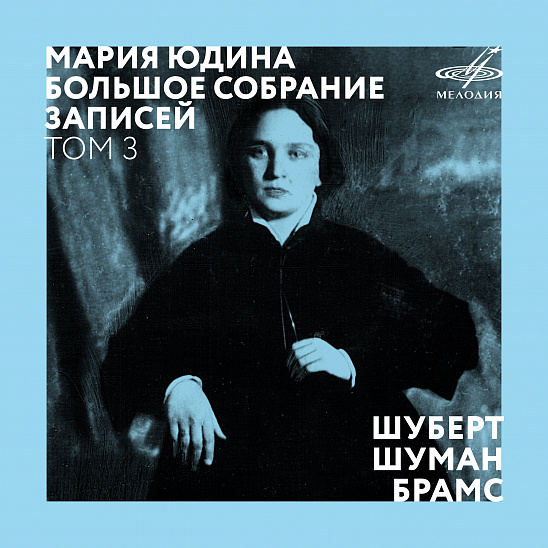 This next series from the complete set digitized recordings of Maria Yudina, a Russian musician and thinker extraordinaire, is dedicated to her interpretations of the Western European romantic composers. The first volume of the Grand Collection dedicated to Bach has hit over 310 thousand plays on Spotify and Apple Music. The second volume with Viennese classical music was presented in October this year.

Melodiya is planning to restore all of Maria Yudina’s archival recordings. More than 35 hours of music will be available to the listeners on digital platforms until the end of 2019.

Before playing the Brahms miniatures, Maria Yudina would recite Boris Pasternak’s verses for the audience:

They'll play me some Brahms – I'll surrender, remember
The stubborn dry brushwood, the roof, and the entrance,
The smile and appearance, the mouth, and the eyebrows,
The darkened verandah, and the garden of rooms.

Some accused her of “insufficient expressiveness”, while others, on the contrary, reproached her for “excessive romanticizing”. A contemporary recalled one of the piano seminars given by Boleslav Yavorsky, a renowned musicologist and teacher of the Taneyev school, when he, “describing her style, said that she was alien to lyricism. Yudina had tears in her eyes. “Do you disagree?” he asked, and she said “Yes”. And then she proved it by playing her entire lyrical repertoire”.

Schumann’s compositions were in the pianist’s repertoire from the mid-1920s (almost from the very beginning of his career), and later on she approached Brahms and Schubert. She played not only the large-scale philosophical cycle of the last Schubert sonata, but also the impromptus “as if the piano never stood in the burgher living rooms” (Zinaida Yusubova) – they expose a deep awareness of the tragedy of human life, the loneliness of the soul in the face of the world... Divine wisdom sheds like a revelation in her rendition of Brahms’s Variations on a Theme by Handel; Brahms’s intermezzos sound like a farewell word of a wise artist, a word of sadness about “the end of a beautiful era”, each revealing an individual fate, life, and drama...