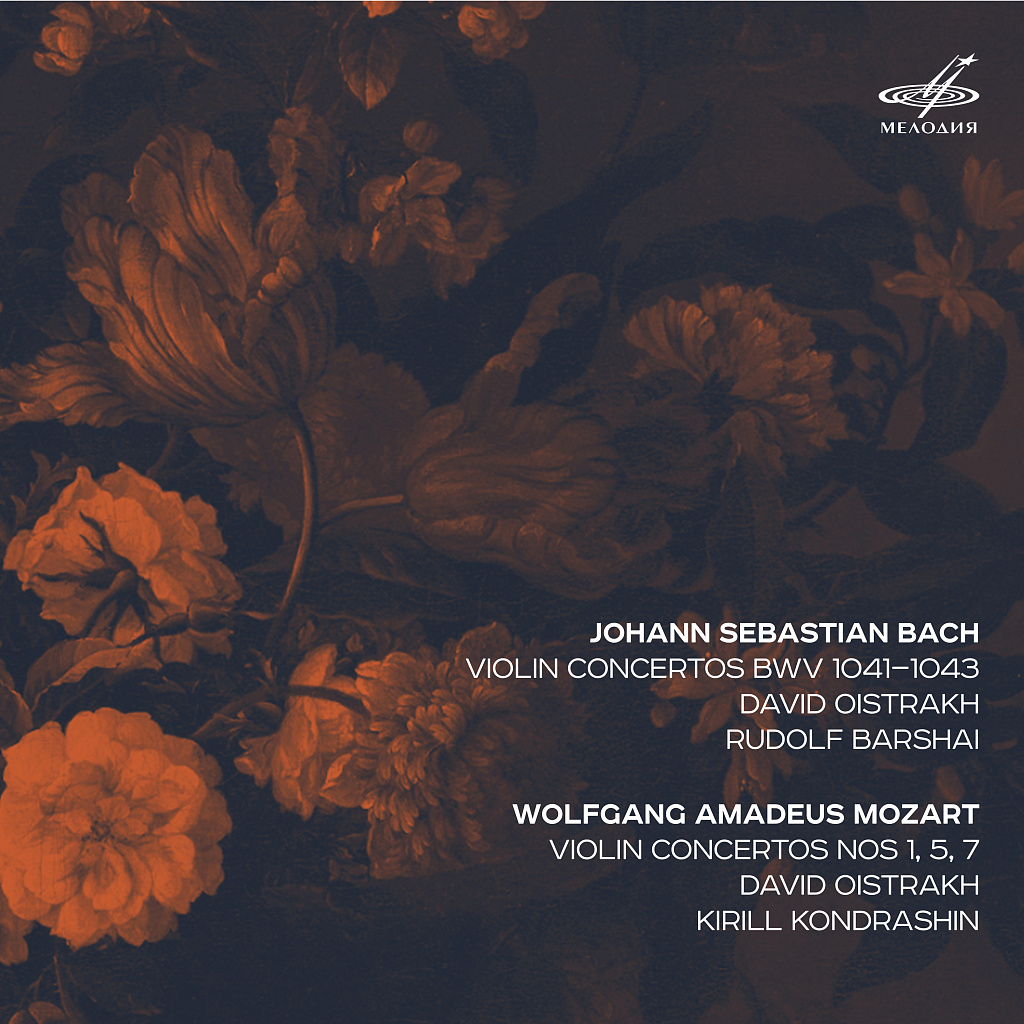 “King David,” “the king of violinists,” “the greatest of the great violinists of our time” are the enthusiastic reviews that accompanied David Oistrakh’s performances in Moscow, Leningrad, Vienna, Paris, Brussels, Amsterdam, Berlin, Prague, London, Tokyo, Shanghai, and New York. “Oistrakh and the violin, Oistrakh and music – these concepts have become inextricable,” wrote Dmitri Shostakovich who ‘owed’ the premieres of all his violin works to David Oistrakh.

The music of J.S. Bach accompanied David Oistrakh throughout his artistic career. He played the famous D minor concerto at his first public performance in Odessa in 1923. And in February 1975, Oleg Kagan, one of Oistrakh’s best students, performed this concert at
Amsterdam’s Concertgebouw as a tribute to the Master and Teacher. David Oistrakh also repeatedly performed Bach’s Double Concerto together with his son Igor – the European capitals applauded the duo of Oistrakhs.

Oistrakh kept returning to Mozart’s violin concertos as well – from his first ‘big’ concert program in Moscow, which he presented in 1933, to the culmination recording of five concerts in Berlin in 1970 and 1971 when he appeared as a soloist and conductor at the same time.

David Oistrakh’s studio and concert recordings of the 1940s to the 1960s featured on the album were made with two prominent Soviet maestros. Many years of fruitful cooperation linked them with the violinist. The Mozart concertos were recorded with Kirill Kondrashin, and the Bach ones with the legendary Moscow Chamber Orchestra conducted by Rudolf Barshai.