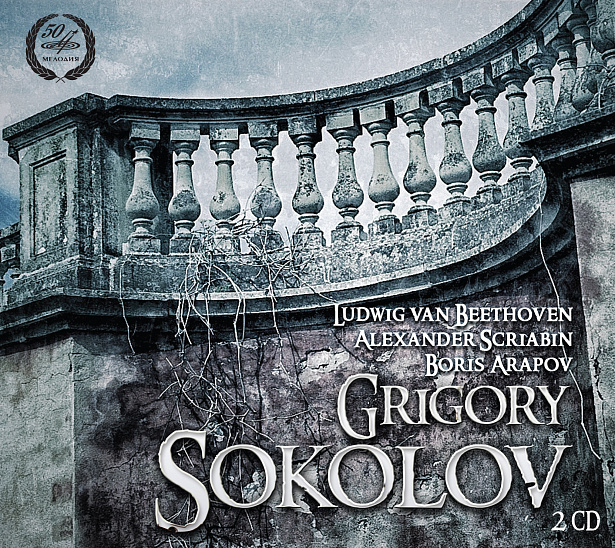 This musician's performance is notable for particular concentration and complete immersion in the musical element. His manner amazes with perfection of technique in the absence of external effects of any kind. Grigory Sokolov is one of the few contemporary pianists who always include intellectual piano masterpieces in their programmes, which requires a special mood from both the performer and the audience – Beethoven's sonatas of the latter period, J.S. Bach's The Art of Fugue, Brahms's last pieces.

Most of Sokolov's recordings were made from live broadcasts in Leningrad/St. Petersburg and Moscow – he prefers concert performances to studio work.

This set combines the large-scale dramatic canvases of Beethoven's sonatas with the restless romantic heroics of Scriabin's Third Sonata where Sokolov emphasizes the Promethean spirit without erasing the individuality of the Russian genius of the 20th century.

However, what makes this set particularly interesting is Grigory Sokolov's recordings of the works by his contemporary, Leningrad composer Boris Arapov. The piano sonata and concerto for violin, piano, percussion and chamber orchestra recorded by the pianist are released on Melodiya for the first time.

Grigory Sokolov made the featured recordings of the works by Beethoven, Scriabin and Arapov in 1972 to 1988.