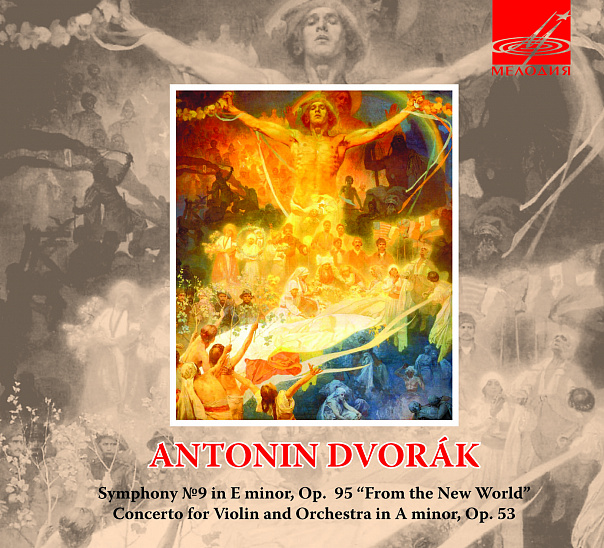 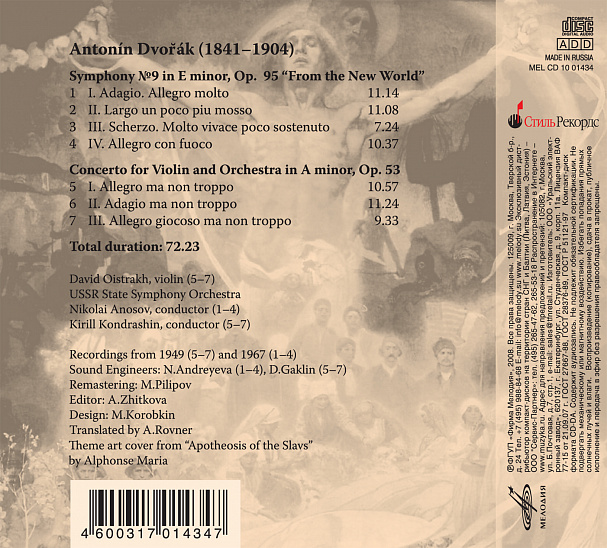 The Ninth Symphony by Dvorák presents a four-movement symphonic cycle with a slow second movement, followed by a Scherzo. The Sonata Allegro of the first movement is preceded by a small declamatory introduction of an epical quality, in which the strenuous calls of the horns are sounded out flaringly. The main theme of the Sonata Allegro is based on a rhythmically syncopated melodic figure, derived from Negro songs. The second movement of the symphony was initially titled “Legend,” since its images were aroused by the impressions from the composer’s familiarization with Longfellow’s long poem “Hiawatha”. However, many researchers of Dvorák’s music notice within the music of this movement a feeling of longing for his homeland. The third movement, presenting a rapid Scherzo, is likewise permeated with an unusual melodic and rhythmic individuality.
Tags: David Oistrakh, USSR State Symphony Orchestra, Kirill Kondrashin, Antonín Dvořák