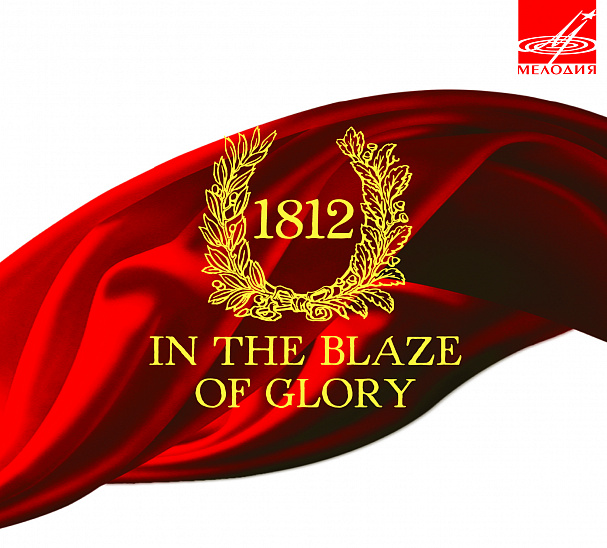 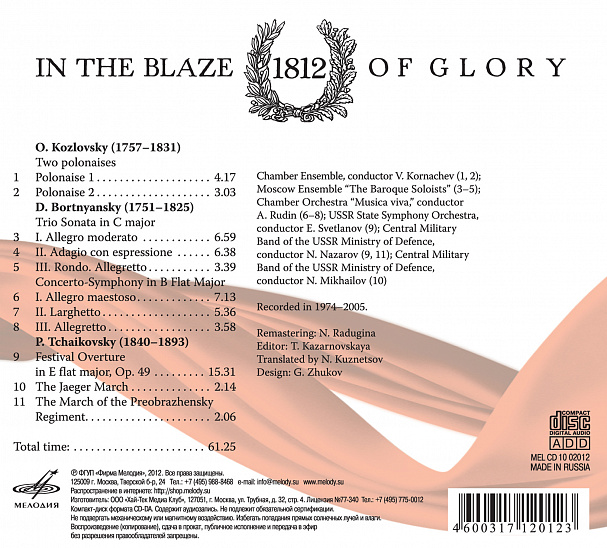 The year of 1812 went down in history of the Russian state under the sign of roaring cannons and attacking cavalry, glorious victories and heavy losses, the fire of Moscow and Napoleon's flight. The Patriotic War evoked not only a booming growth of patriotism and civil feelings, but also affected the sphere of arts. Pleiads of talented names emerged in literature, poetry, music and painting. That was the time when remarkable works were born under the influence of the war events, but more importantly they were forerunners of the golden age of Russian art. This disc presents a sort of a profile of music life of the 1812 era. Tchaikovsky's "1812 Overture", a later musical echo of the events (it was composed for the consecration of the Cathedral of Christ the Savior which was a homage to the victims of that war), is in perfect harmony with famous old marches which so many times inspired the Russian soldiers in the battle fields. Secular music is presented with Dmitry Bortnyansky's chamber compositions. Among the Russian composers, he was the first universalist who worked in diverse music genres. Osip Kozlovsky's polonaises had a special position in the court and military ceremonies of the time. He was a Polish officer who took part in the campaigns of the Russian army under the command of Alexander Suvorov and who found his true calling after the seizure of Izmail. The polonaise "Let the Thunder of Victory Sound" he composed to celebrate that victory was turned into the anthem of Imperial Russia and made the name of Kozlovsky famous.
Tags: Pyotr Ilyich Tchaikovsky, USSR State Symphony Orchestra, Evgeny Svetlanov, Dmitry Bortniansky, Alexander Rudin, Moscow ensemble "Soloists of Baroque"