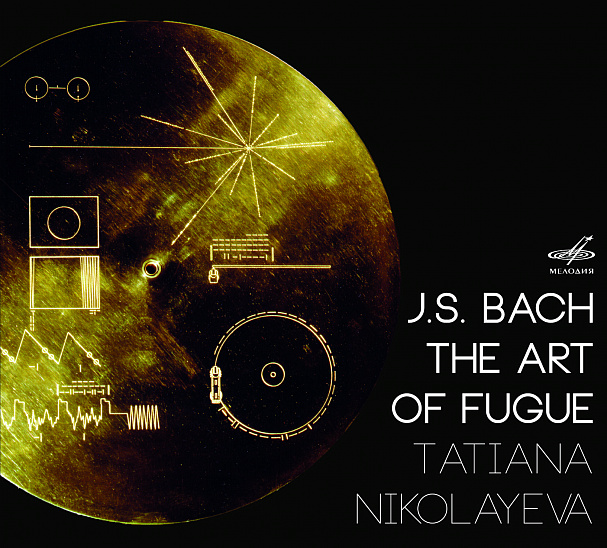 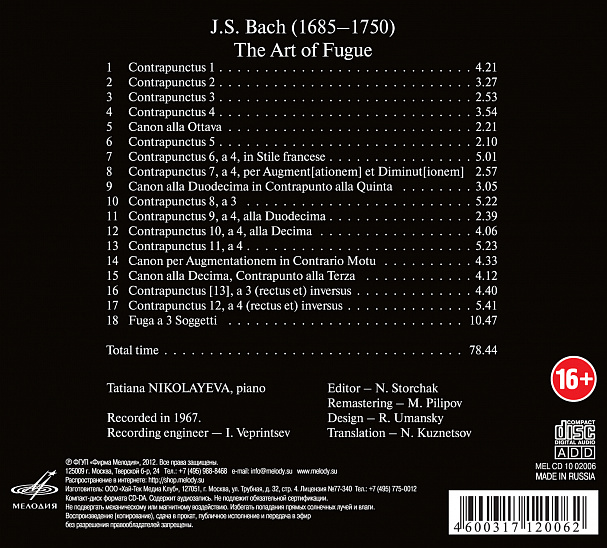 The Art of Fugue is a cycle of fugues and canons which can be rightfully considered the peak of J.S. Bach's polyphonic mastery. Amazing thanks to its unsurpassed polyphonic technique, the work left a mass of mysteries and questions to its researchers as to the author's concept, its completeness, instruments it could be played on, etc. Bach passed away to never see the end of engraving of this grandiose opus (his son Carl Philipp Emanuel continued the publication). Moreover, the last fugue remained unfinished. Just where it interrupts, Philipp Emanuel handwrote "At the point where the composer introduces the name BACH in the countersubject to this fugue, the composer died". Numerous composers, from Beethoven to Schubert, from Schnittke to Shchedrin, used this famous monogram theme b-a-c-h, the last of the three themes of the fugue, used in their compositions as homage to the greatest music genius. The album features the cycle as it was performed by Tatiana Nikolayeva, a recognized master of interpretation of Bach's music. In 1950, then a young pianist, she became a winner of the International J.S. Bach Competition in Leipzig; Dmitry Shostakovich had composed a cycle of 24 preludes and fugues specially for her. Her performance of The Art of Fugue ranks among the best known piano interpretations of this work.
Tags: Johann Sebastian Bach, Tatiana Nikolayeva