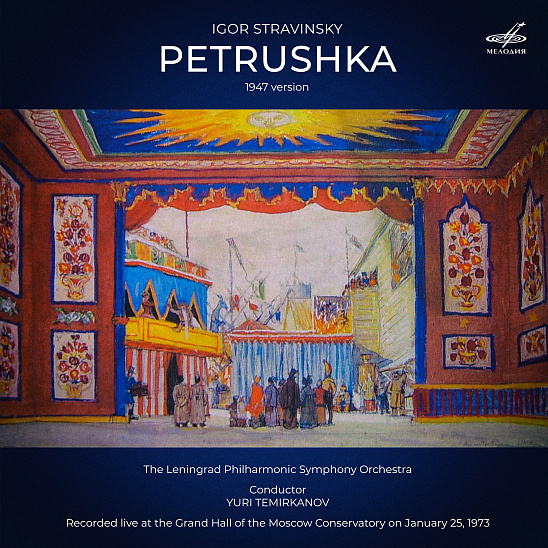 On the occasion of the 140th anniversary of Igor Stravinsky’s birth, Melodiya releases digitally mastered and previously unreleased concert recording of the music from the ballet Petrushka (edition of 1947) performed by the Leningrad Philharmonic Symphony Orchestra conducted by Yuri Temirkanov. The recording was made at the Grand Hall of the Moscow Conservatory on January 25, 1973.