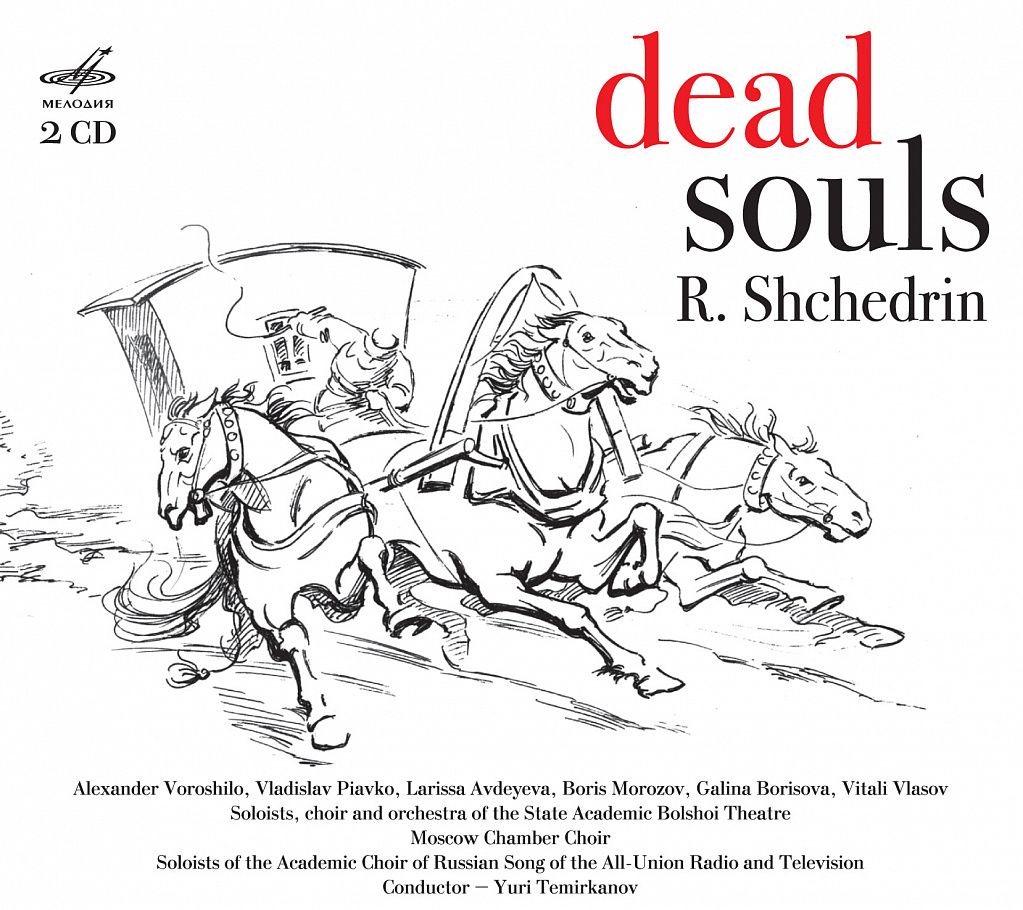 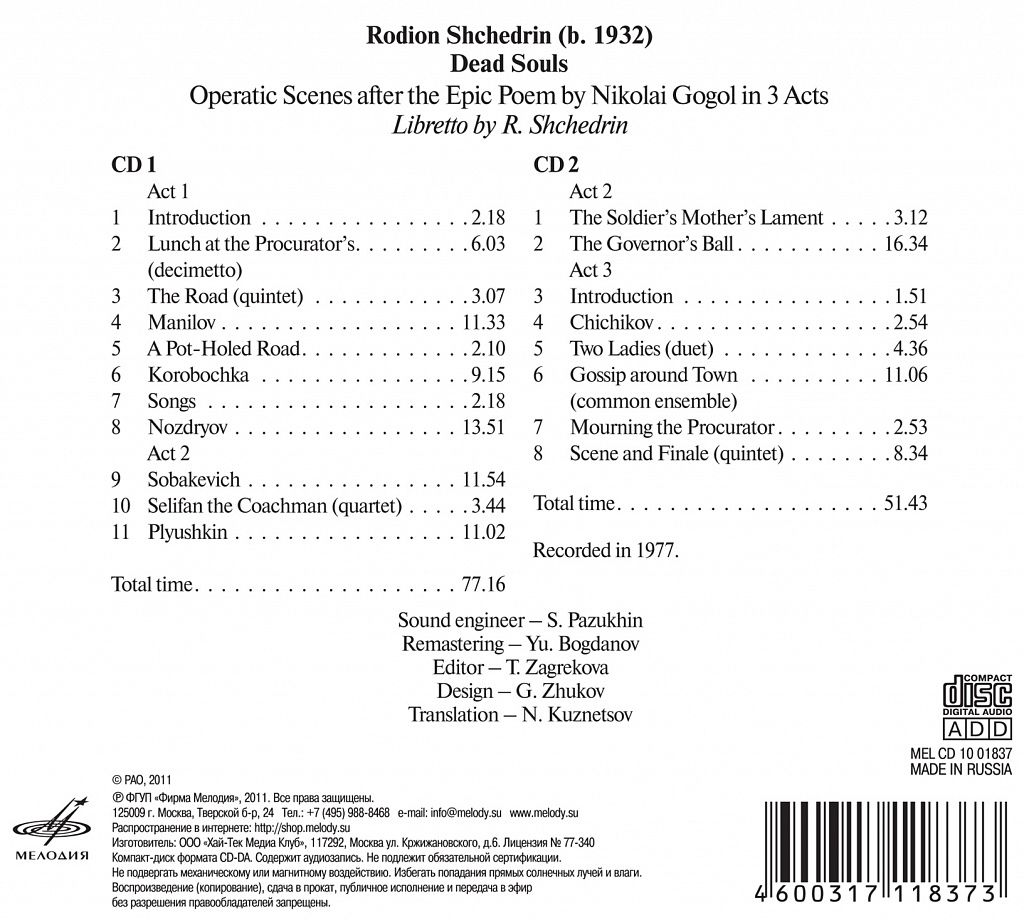 Nikolai Gogol's heritage has played a tremendous role in the evolution of the Russian musical culture. Many of the greatest Russian composers turned to his works finding inspiration in the author's romantic stories. The Fair at Sorochyntsi, May Night, Christmas Eve are the masterpieces that have seen rebirth on the operatic stage in compositions by Modest Mussorgsky, Nikolai Rimsky-Korsakov and Pyotr Tchaikovsky.

The outstanding contemporary composer Rodion Shchedrin set himself a very different task in the 20th century. While continuing the Gogolian traditions in the Russian operatic music, he turned to the great writer's realistic prose – the epic poem Dead Souls, one of his best loved Gogol's work.

Shchedrin's operatic scenes Dead Souls (1976) was praised by musicologists as 'the last great opera of the 20th century." The composer worked on it for ten years undertaking a seemingly impossible task of realizing all the richness of the ideas and characters in opera.

Elements humourous and tragic, emotional tension and extraordinary poetical values are all that made Dead Souls a masterpiece of the operatic art and the composer's greatest achievement.

The operatic scenes were premiered at the Bolshoi Theatre of the USSR in Moscow, in 1977, and directed by Boris Pokrovsky, designed for stage by Valeri Levental, and conducted by Yuri Temirkanov.