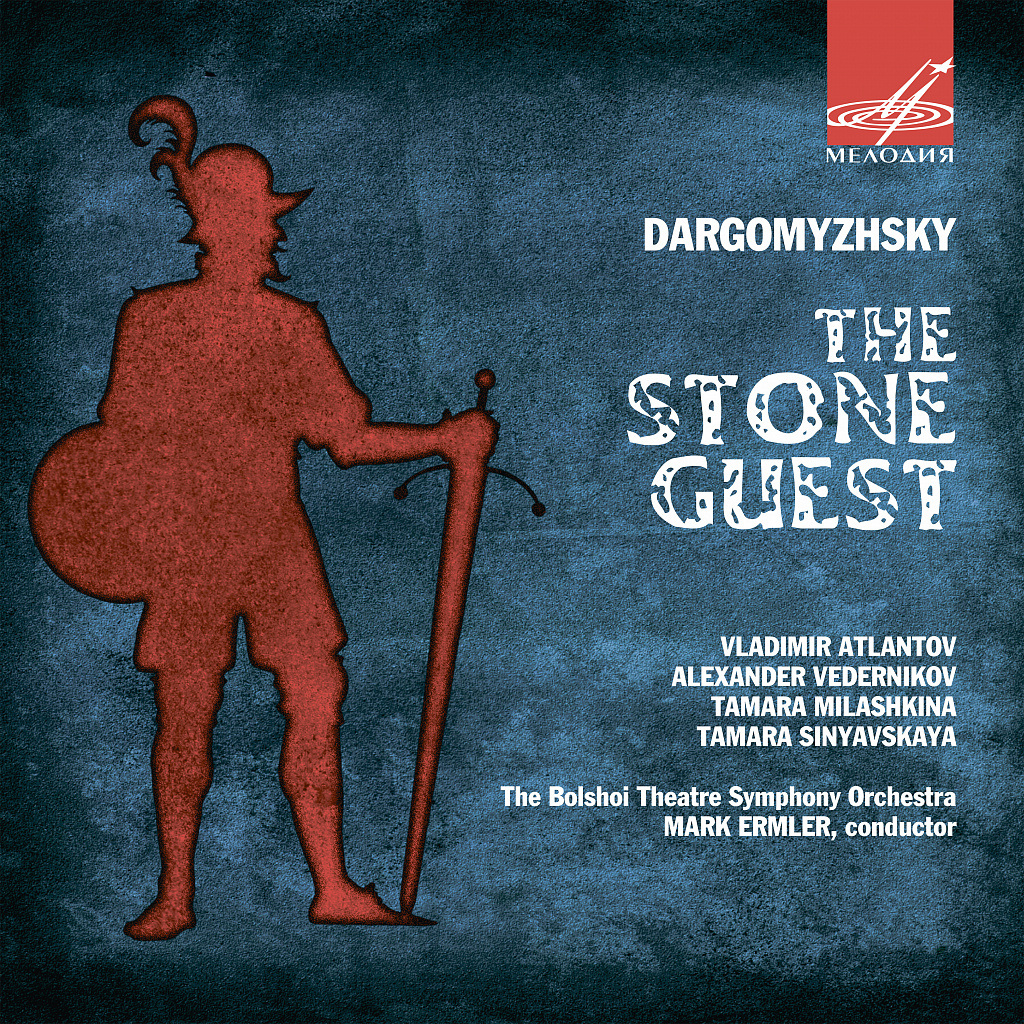 Yandex Music / Apple Music / Spotify / ...
“The Stone Guest” is an unusual and innovative phenomenon in Russian opera music in many respects. Attracted by Pushkin’s talented play “The Stone Guest” with its romantic Spanish plot and armed with live urban environment Dargomyzhsky initiated chamber type of this genre. Discovered by Dargomyzhsky in “The Stone Guest” the musical style took root in Russian musical ground and developed in parallel with Glinka’s opera method. It was used in Mussorgsky’s “Boris Godunov” and “Wedding”, Rimsky-Korsakov’s “Mozart and Salieri”, many pages of “Pskov Woman” and “Tsar’s Bride”, in the compositions of Cui and Tchaikovsky. The brilliant cast of the performers – the trio of Vladimir Atlantov, Alexander Vedernikov and Tamara Milashkina in the first place – attract the listeners’ attention by its deep emotional devotion and perfection of every musical phrase. Atlantov’s performance in the leading part made the romantic side of the plot stronger and filled the opera with melodiousness.
Tags: Alexander Pushkin, Bolshoi Theatre Orchestra, Mark Ermler, Alexander Dargomyzhsky