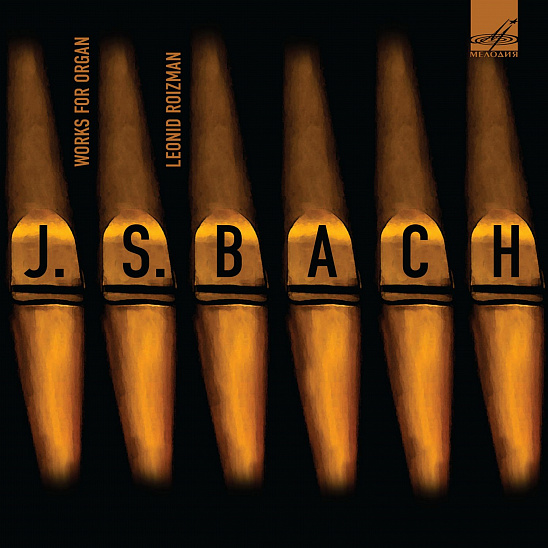 Firma Melodiya presents recordings of J.S. Bach's organ works performed by Leonid Roizman. This prominent musician was a key figure for domestic organ music of the 20th century. A student of the founder of Russian organ school Alexander Goedicke, Roizman also applied much of his effort to teaching and brought up dozens of students, many of which are successful concert performers in Russia and abroad. Roizman was an imitator of many organ concert halls in this country and inspired contemporary composers to create new works for the instrument. Roizman's performing style was distinguished by virtuoso organ technique, the scale and expressive imagery of his performance combined with noble austerity of interpretations. This set includes recordings made in the 1960s when the organist's performing activity was in its prime. In addition to the most popular compositions such as Toccata and Fugue in D minor and Passacaglia in C minor, the set also features some of lesser known preludes and fugues, Little Harmonic Labyrinth and choral preludes.
Tags: Johann Sebastian Bach