Tchaikovsky: The Maid of Orleans 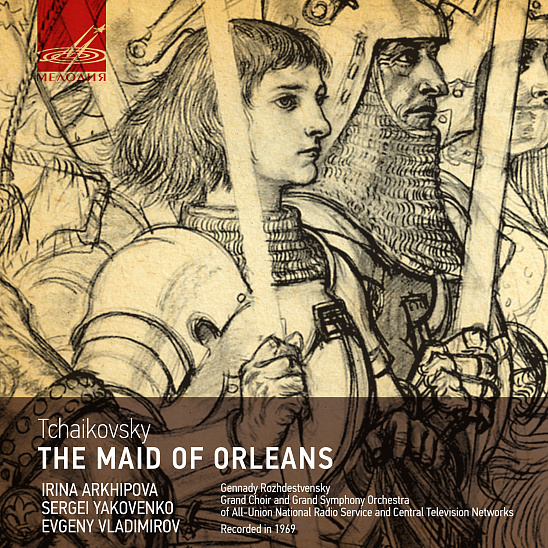 Tchaikovsky: The Maid of Orleans


Yandex Music / Apple Music / Spotify / ...
Firma Melodiya presents a recording of The Maid of Orleans, a rare opera masterpiece by Piotr Ilyich Tchaikovsky realized by the outstanding contemporary conductor Gennady Rozhdestvensky with the great Russian singer Irina Arkhipova performing the main part. This work is very unusual for Tchaikovsky in many ways. After a lyrical and "intimate", as the author put it, chamber opera Eugene Onegin, the composer turned to the genre of grand opera with a plenty of characters, choral and mass scenes, spectacular historic entourage, etc. Moreover, Tchaikovsky wrote the libretto himself. Taking Friedrich Schiller's tragedy of the same name as translated by Vasily Zhukovsky for a basis and using a drama by Jules Barbier and some history books, Tchaikovsky developed his own original interpretation of the character of Joan of Arc. The heroine hah always attracted composers of different countries and periods, including Giuseppe Verdi and Arthur Honneger, to create musical and dramatic works, but none of them uncovered the internal tragedy of a girl who longed for peace and love, but who had to take a sword and forget about the rest of her feelings with as much depth as Tchaikovsky did. The opera was recorded by the All-Union Radio Big Symphony Orchestra and Choir led by Rozhdestvensky (he was an artistic director of the collective during 1961 to 1974). Among other soloists, we would like to mention two remarkable baritones – Sergei Yakovenko as Lionel and Vladimir Valaitis as Dunois.
Tags: Pyotr Ilyich Tchaikovsky, Grand Symphony Orchestra of All-Union National Radio Service and Central Television Networks, Gennady Rozhdestvensky