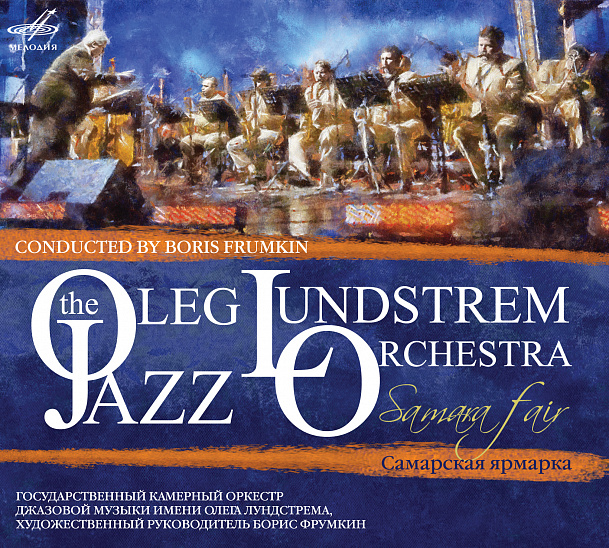 Dear jazz friends, This new CD made up of pieces which not specifically composed for this recording sessions. It is collection of compositions that we play live on stage and that we now wish to share with a broader jazz audience. The recordings include compositions by Oleg Lundstrem, several arrangements by the one and only Vitaly Dolgov. The CD also features some pieces that were composed by me at diffirent times in the past and arranged by me and Nick Levinovsky, an old friend of mine and a brilliant musician. The soloists' line-up includes Ivan Volkov, Oleg Grymov, Denis Prushinsky, Roman Sekachev, Maxim Piganov, Igor Ulanov and Vladimir Zhurkin. Some solos you can hear performed by one of the best trumpet players of the country – Victor «Arzu» Guseynov. Follow us and explore the subtle corners of the magnificent world of jazz where sounds, human hearts and souls merge in a precious melodious fusion... Boris Frumkin, Music Director and Conductor of «Oleg Lundstrem Jazz Orchestra»
Tags: Boris Frumkin, State Chamber Orchestra of Jazz Music named after Oleg Lundstrem