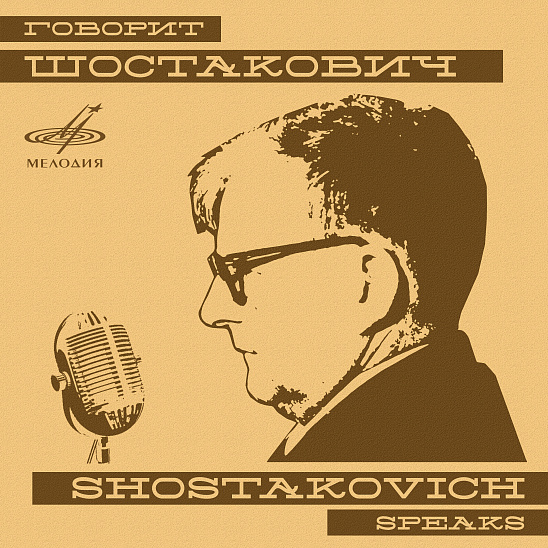 It should be difficult indeed to find the music- lover who would not know the name and works of Dmitry Shostakovich. Shostakovich was the man who became a classic of world music during his lifetime, who won universal acknowledge­ment and indisputable prestige. The music he created – from his early piano pieces to the last opus – sonata for viola, shows the compo­ser’s genius, his indomitable creative spirit.

Shostakovich’s influence on the course of de­velopment of contemporary music has been determined not only by the composer’s mighty talent. Very important is the fact that Shosta­kovich managed to apprehend and incarnate in his music the spirit of our times, to reflect the most important problems of contemporary life. It was possible first of all due to the fact that Shostakovich’s genius was nourished and inspi­red by our reality which the composer re­constructed in his works. He was deservedly called the musical conscience of our times. His talent was combined with temperament of a public man.

Dmitry Shostakovich travelled much in this country and abroad. Everywhere, from Brest to the Baikal region, from Arkhangelsk to Tash­kent, people gave warm welcome to him as the composer of the music performed, as an excel­lent pianist, as a deputy of the USSR and RSFSR Supreme Councils, Secretary of the USSR Composers’ Union and for a number of years the First Secretary of the Composers’ Union of the Russian Federation, one of the founders of which he was. Musicians and large audiences always listened not only to every sound of Shostakovich’s music but also to every word of his. They found replies to many essen­tial questions in his statements, got his friendly advice and recommendation. When he spoke about music, about the artist’s place among the builders of a new world, about problems of professional skill and the composer’s ethical responsibility, he always remained an honest, firm man of principle. He was like that in his articles, notes, memoirs, interviews which used to appear in the Soviet and foreign press annually during many years.

The tape recordings kept fortunately to this day are of special value as they give us a chance to hear again and again the composer’s living, familiar, dear voice. The recordings presented in this album were made at different times and places. They have not been selected and arranged according to any system or program. But the great artist’s thoughts and ideas, imbued with vital power, have not lost their significance and will never lose it.

Many years ago I happened to visit the United States of America together with Dmitry Shostakovich. I still keep in mind the memorable words said by him at one of the numerous press-conferences, «I consider the Communist Party of the Soviet Union to be the most progressive force in the world. I have always respected its advice and I’ll keep doing this as long as I live.»

It was a principled position of the man and the artist who had never compromised with his conscience either in art or in life. His creative work was inspired by the truth of our days, of the socialist life. This truth is reflected in every line and every sound of his music, in every word ever written or said by him. An invaluable piece of this truth is presented on the discs of the album which is offered now to millions of those who love the music of the great Soviet composer.