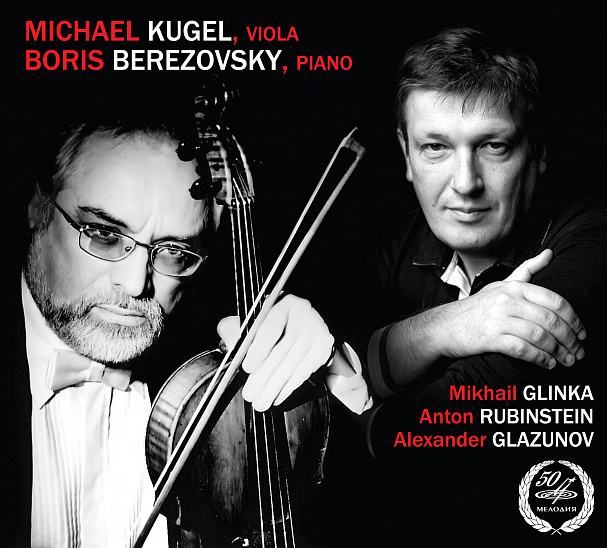 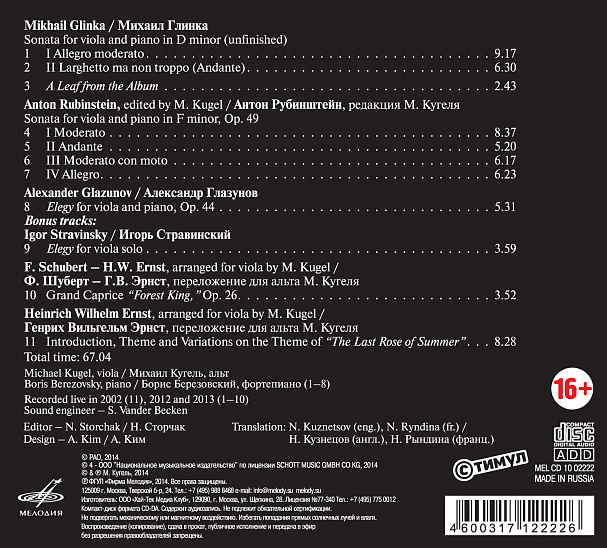 Unfortunately, this name is little known in this country and much better known in Europe where he has played concerts and given master classes for the last 20 years. However, in the beginning of his performing career in the 1970's and 1980's, he was considered one of the best Soviet violists. He shared the first prize with Hungarian violist Zoltán Tóth at the international competition in Budapest in 1975 (Yuri Bashmet won the second prize at the same competition).

Mikhail Kugel combined a career as a solo performer with the membership in the celebrated Beethoven Quartet (in its last line-up), was a professor of the Moscow Conservatory, and later on of the Jerusalem Rubin Academy of Music and Dance. At present, he teaches at the Royal Conservatory of Ghent in Belgium.

Mikhail Kugel has expanded the viol repertoire by making numerous arrangement of music from different eras for the viola. Some of them are featured on this disc.

The works for viola and piano were recorded by Mikhail Kugel together with Boris Berezovsky, one of the most in-demand pianists of modern time, a first prize winner of the Tchaikovsky International Competition and an owner of Grammophone, Diapason d’Or, BBC and Echo klassik awards for the best classical recordings.