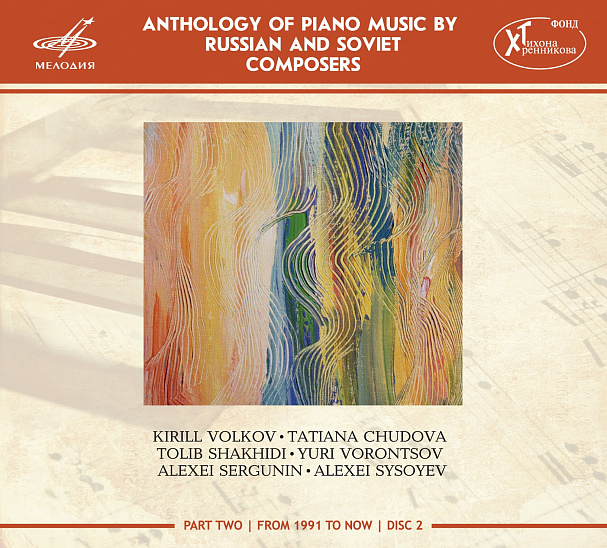 
Yandex Music / Apple Music / Spotify / ...
Another release of the Anthology of Piano Music by Russian and Soviet Composers features works of the late 1950s and the first half of the 1970s by composers of 'traditional' school. Nevertheless, the listeners will find a lot of real surprises on this disc. It opens with a once famous Rondo by Dmitri Kobalevsky he composed for the First Tchaikovsky International Competition as an obligatory programme for the pianists in the second round. Alemdar Karamanov's naïve and romantic Variations showcase his music from a peculiar angle while he is better known as an author of monumental biblical symphonies. The piano sonatas by two prominent representatives of the Leningrad composing school Boris Tishchenko and Boris Arapov are true gems of this release. They are complimented with compositions by the authors from the former Soviet republics such as Mikhail Skorik (Ukraine) and Yuri Nikolayev (Uzbekistan).
Tags: Lukas Geniušas, Ekaterina Mechetina, Yuri Favorin, Nikita Mndoyants