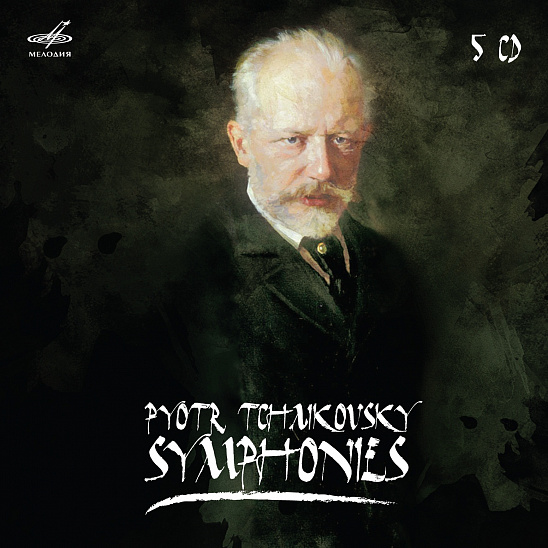 Yandex Music / Apple Music / Spotify / YouTube Music
Firma Melodiya presents a set of symphonies by Pyotr Ilyich Tchaikovsky performed by the USSR State Academic Symphony Orchestra conducted by Evgeny Svetlanov. It would not be an overstatement to call Tchaikovsky, a composer of a universal gift, one of the creators of the Russian symphonic tradition. In general, his symphonies follow a common European, Beethoven's template. An intense dramatic emotion bring them closer together. In his Manfred Symphony after the poem by Lord Byron, Tchaikovsky paid homage to a romantic direction of programmatic symphonic music coming from Berlioz and Liszt. Traces of the programmatic aspect can be found in his other symphonies too, however the main theme is always an individual's tragic loneliness before a formidable power of fate, his reckless yet hopeless struggle. The recording of all Tchaikovsky's symphonies let us sense the diversity of approaches to the same scheme of a four-movement cycle, as well as the evolution of his mastery and figurative palette – from a light, lyrical and landscape First Symphony, Winter Dreams, and the Second one saturated with genre scenes, through a calm composure of the Third, a sharp conflicting drama of the Fourth and Fifth to a tragic Sixth (Pathétique) which was finished by the composer on the eve of his death. The recording of all Tchaikovsky's symphonies were realized by the USSR State Orchestra conducted by Evgeny Svetlanov in 1967, when then a young conduct had just appeared before the conductor's stand of the major orchestra of this country. Even then he showcased his outstanding mastery and great enthusiasm expressed in dozens of recordings of Russian and Soviet symphonic music.
Tags: Pyotr Ilyich Tchaikovsky, Yevgeny Svetlanov