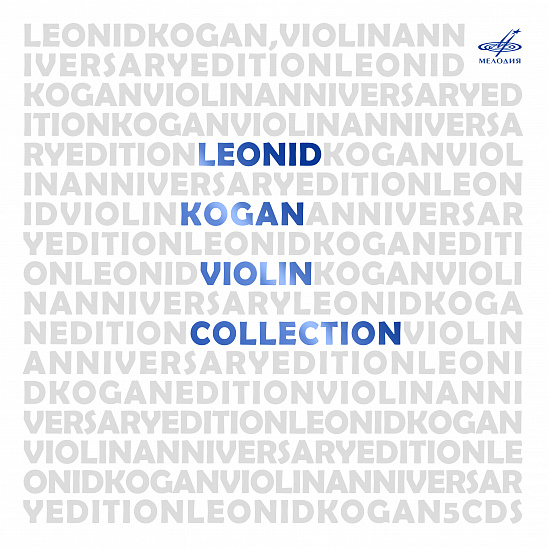 “Leonid Kogan is one of the most perfect creations
that the world has seen in this century. He is not just
one of the living, he is exactly what an ideal man
should be like. And such men don’t die”.
Irakly Andronikov

Firma Melodiya presents a set of Leonid Kogan’s recordings dedicated to the 95th anniversary of the 20th century great violinist.
“Nobody has played the violin like this!” exclaimed the celebrated violin master Jacques Thibaud after he heard Leonid Kogan play at the Queen Elisabeth International Competition in Brussels in 1951.
When he was a teenager, studying under Abram Yampolsky at the Central Music School of the Moscow Conservatory, Kogan drew attention thanks to the exceptional power of his gift and phenomenal virtuosity. At the age of sixteen, he debuted at the Grand Hall of the Conservatory. In 1947, he won the first prize of the international competition timed to the Youth Festival in Prague. Shortly after that, he literally shook the audience, including the most sophisticated connoisseurs of the violin art, with his performance of all twenty-four Paganini’s caprices within one recital. When the 27-year-old violinist played (the composer’s version of Paganini’s first concerto) in the final round of the Brussels competition, it was a triumph of global importance. A new shining light illuminated the 20th century music stratosphere, and his name will forever remain among the greatest violin masters. “It feels like Paganini himself is on the stage and playing his own concerto”, wrote the French violinist Hélène Jourdan-Morhange four years after Kogan’s performance in Paris.
The 5-CD set captures the entire range of Kogan’s stylistic interests – from virtuosic romantic violin music (Paganini, Vieuxtemps, Ysaÿe) to modern composers (Prokofiev, Shostakovich, Weinberg), duet recordings with his spouse, the outstanding violinist Elizaveta Gilels, and trios performed by Kogan with Emil Gilels and Mstislav Rostropovich. The set also includes the complete recital at the Grand Hall of the Moscow Conservatory on 7 April 1963 played with Andrei Mytnik, a remarkable concertmaster and the violinist’s stage partner of many years.