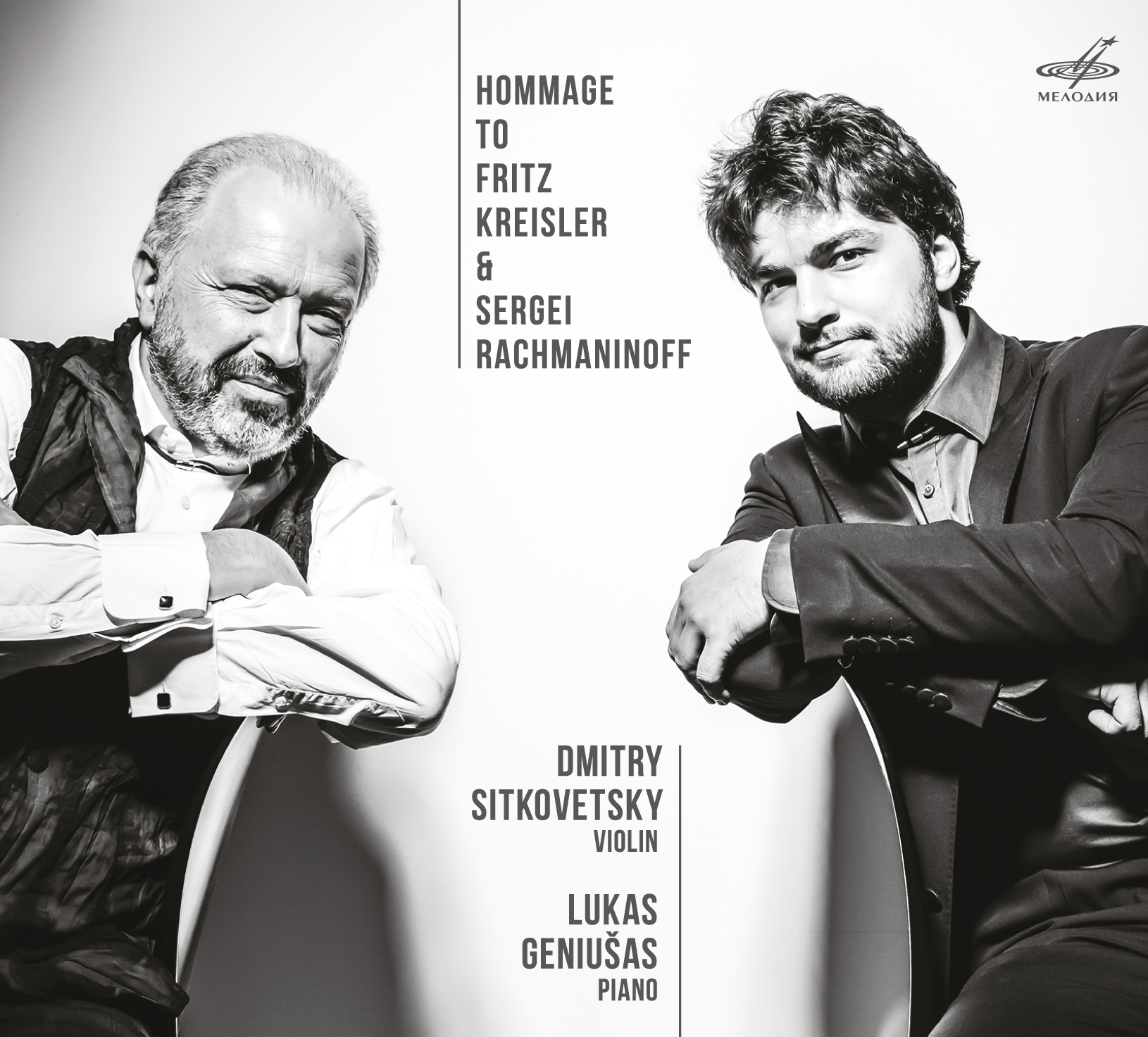 A Dedication to Fritz Kreisler and Sergei Rachmaninoff
Seventy-five years later, Dmitry Sitkovetsky and Lukas Geniušas repeat the ensemble recordings of the two geniuses.
Kreisler and Rachmaninoff... The great performing musicians of the twentieth century were close friends and performed a lot together. However, they met in studio only on three occasions for joint recordings of major pieces such as Beethoven's Kreutzer Sonata, Grieg’s Third Violin Sonata and Schubert’s Grand Duo (Sonata) for violin and piano.
Firma Melodiya has released a CD, on which the same sonatas are performed by two musicians of the twenty-first century. Although they come from different generations, they are linked by a long-lasting friendship between their families, by their belonging to the outstanding musical dynasties and, most importantly, by the continuity of the great Russian tradition of musical and performing arts.
Both musicians have a number of successful and critically acclaimed releases on major labels. Geniušas has often performed with Sitkovetsky conducting, but this is their first joint project as ensemble partners.
“Chamber music is one of the highest forms of music making”, Geniušas says. On their first joint album, Dmitry Sitkovetsky and Lukas Geniušas demonstrate an amazingly harmonious unity of their ensemble and a combination of a bright artistic temperament with restrained nobility of the true “academic” style that distinguished Kreisler’s and Rachmaninoff's concert meetings.
Dmitry Sitkovetsky is a violinist and conductor, the son of the famous twentieth-century performers Julian Sitkovetsky and Bella Davidovich, and a student of Igor Bezrodny. To his name, he has decades of solo concert performances at the most prestigious venues of Europe and the USA, and the leadership of well-known Russian and American symphony ensembles.
Lukas Geniušas is a runner-up of the International Tchaikovsky Competition in Moscow and the Chopin Competition in Warsaw. He is a grandson and pupil of Vera Gornostayeva, one of Lev Oborin’s best students and an outstanding teacher, and the son of Moscow Conservatory Professor Xenia Knorre. Geniušas is a recognized interpreter of romantic music.


Sorry, this CD release is not available for purchase in your territory. Please, find it from our distributors.

Back to the section
add to cart
News
all news