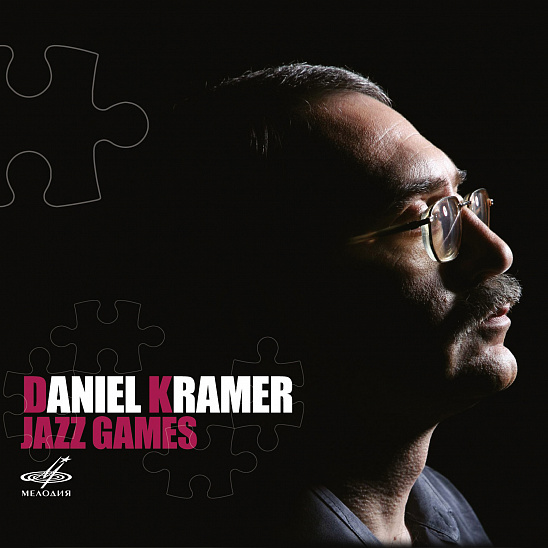 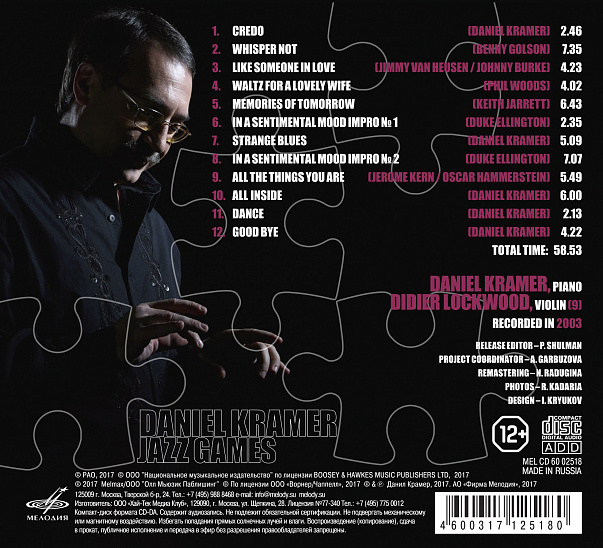 It cannot go unnoticed that the world of academic music no longer has recitals when a composer/pianist presents his/her works as it was previously done by Mozart, Liszt, Rubinstein, Schumann, Prokofiev, Rachmaninoff and others. It turned out that in the latter half of the 20th century this gap was filled by jazz – pianists played (in trios or solo) their own music and their versions of somebody else’s popular songs (the so-called standards). It even became normal practice for jazz. With all his activities, Daniil Kramer confirms this, probably arguable, point of mine. His philharmonic concerts, spontaneously emerging ensembles, sporadic TV appearances as a soloist or accompanist are evidence of versatility of his inner world and his service of Music in general rather than dedication to some particular genre.
The new album only testifies the pianist’s reputation. His lifelong sense of musical drama should be added to his unconditional technical perfection. Despite the collage-like thinking unavoidable for any improviser, each piece staggers by logic of its formal construction. In fact, the opening track Credo says it all. The piece is taken as an etude flirting with both jazz mainstream and baroque music, rhythmic pulsation and polyphonic voice leading.
The album emerged in 2003 when Daniil Kramer was a guest in the studio of the famous French violinist Didier Lockwood. At Lockwood’s request Kramer interpreted Ellington’s ballad In a Sentimental Mood twice, and on All the Things You Are the violinist took the liberty of jamming with the Russian pianist. Incidentally, Kramer played the Steinway that was given to Lockwood by Michel Petrucciani. The album was supposed to be released in France but it didn’t work out. At last, Jazz Games sees the light of day here in Russia.
I am confident that Daniil Kramer holds a special place in our culture because he is a confirmed enlightener who realizes that contemporary music cannot exist without jazz achievements (such as improvisatory freethinking, rhythmic motoricity and expansion of harmonic hearing). Of course, he is a master of the classical material, in possession of jazz idioms and knows lots of stage performance devices, but whatever he plays his gentle and delicate sound, his intimate and loving touch of the keys should not be left unmentioned. It’s all because Music is his biggest passion.